After the convict period ended in 1842, many people came to the islands for the timber. Fishermen also headed there to hunt dugongs for their oil and harvest oysters, firstly for their shells and later for their meat. They also farmed oysters, with it becoming the biggest fishery in southern Queensland for many years.

Farmers began to move to the islands in the 1860s. The early cotton and sugar were not very successful, so they started growing fruit and vegetables instead. Some farmers swam cattle across to the islands and tried to set up herds. One of the early fruit crops was mangoes and some of the trees planted in the 1890s are still growing. Later, pineapples and bananas were very popular.

Many of the jetties were built so the farmers could get their crops to markets on the mainland. Once the farmers began to do well, they built community halls, churches and schools. As the years went by, the farmers found it harder to make a living and, by the 1960s, they began to sell their farms.

The island was first settled by Europeans in 1866, when John Campbell was granted a lease on the northern end of the island closely followed by John Willes and his family.[3] Land auctions commenced in 1870.[2] Farmers and oystermen were the first full-time inhabitants, but with the arrival of the Jackson family in 1906, a small village was created on the western side of the island called Jacksonville, that had a sawmill, pineapple canning factory, jetty and even a picture theatre.[3] A small school was opened in 1916.[2]

Russell Island is known for the infamous land scams of the early 1970s,[4] when many of the islands farms were divided into over 20,000 blocks.[3] At the time, the area, with a population of less than 500, did not have a local authority enforcing planning regulations. Heavily advertised and sold off by unscrupulous vendors, these blocks were often not where the unwary customers thought they were buying.[4] It all rode on the vague promise of a bridge from the National Party government at the time. Media reports exposing the scam pointed to blocks that were underwater at high tide and the lack of public land.[history 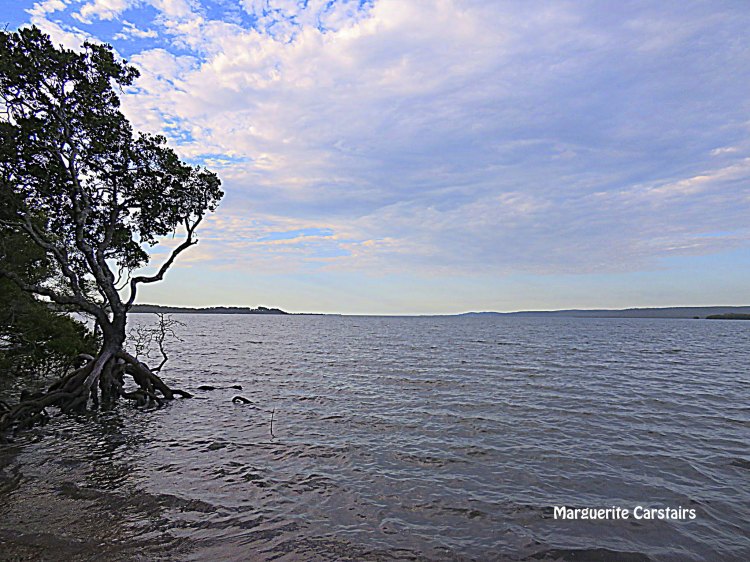 ……………….posted by a long-time Russell Island property owner and ratepayer, as follows:
“Mark mentions how the islands were dumped on Redlands but I read a different story…Redland shire were to collect the rates and use them for infrastructure minus admin costs. It was part of the Bjelke-Petersen Government’s decision to place Queensland’s offshore islands into local authority areas. This followed sovereignty threats by the Whitlam Government to extend the Australia’s territorial limits. Official files confirm that there was little discussion before Russell Island was included into Redland Shire in 1973. At the time of incorporation of Russell and four other islands into the Shire, the number of the Shire’s rateable properties more than doubled from an estimated 11000 to an estimated 25300.
The Shire had no objections to incorporation of the Southern Moreton Bay Islands (Redland Times, 14 Feb. 1973) and recognised that with only 271 residents, the islands could not become a separate shire. The council did not object to the decision of the then Minister for Local Government, Mr McKechnie to incorporate Russell Island into Redland Shire. The council’s main concerns were for the then Harbours and Marine Department to pay the full costs associated with jetties and that additional Loans Council borrowing to be allowed for an enlarged Shire. It has only become fashionable in recent years to blame the original condition of the islands for the slowness of development progress. The Redland Shire Council intended to collect about $300000-$400000 pa in rates from the Russell, Karragarra, Lamb and Macleay island group. By agreement with the State Minister the Redland Shire Council was to ensure that this money would be spent on the islands after allowing for administration costs. But apparently the Minister did not ensure the agreement was kept and the council’s intention changed over the years and only a small proportion of the rate money collected from the islands has been returned for island works. Consequently, the basis under which “public good conservation” measures were later introduced is that the island was not serviced so in places it still resembled bushland etc.”