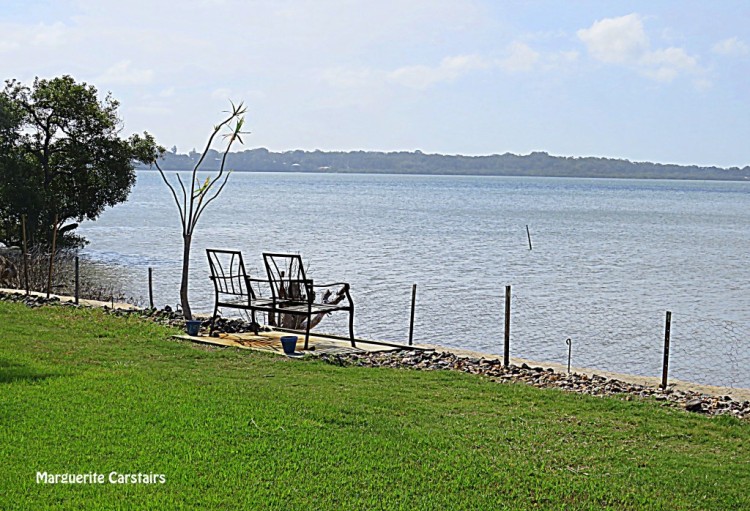 I have tried to find out about the name, but maybe there were swans in this area as it is a mudflat and has an area where swans could frequent at certain times of the year when they come to the Island.  The lifestyle of the Quandamooka people was nomadic, moving between semi-permanent campsites. They built shelters of various kinds, ranging from simple lean-tos for an overnight stay to more robust huts used at well-frequented campsites The Quandamooka people used several local food sources, including many from the ocean. The collection of these resources was often segregated by gender. Canoes were used to fish in Moreton Bay for Mullet, and to hunt Dugongs and Sea Turtles. They were also used to travel to the mainland to hunt

I would say that the Bay was where the swans came to nest and mate and was named Ooncooncoo, which means, Bay of Swans.

The fishing website has said Ooncooncoo Bay is good for fishing. People who live on the shore do fish from the edge, and when I was taking these photos, fish were jumping out beside that mangrove tree. A neighbor was also swimming in the water 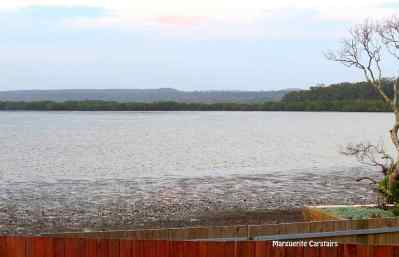