A 4WD tour of Fraser Island took us along very rough bumpy sandy roads to Eli Beach, The Cathedrals, Maheno wreck and Euring Reserve. We also went to Central Station which was the heart of the timber industry here, and McKenzie lake. It was a long day and we saw quite a lot in the day tour. 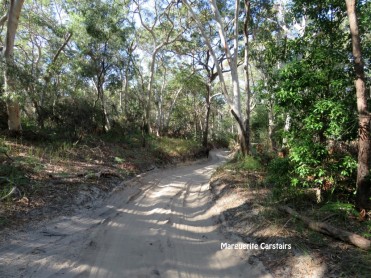 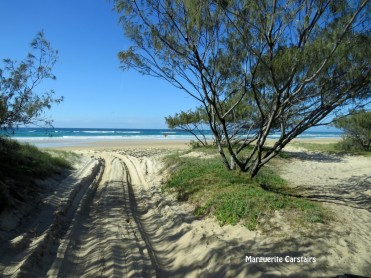 Finally we hit the beach on the other side and stopped for morning tea of cookies and coffee at Eli Beach. This was a small freshwater creek with toilets up the hill. It was situated in sand on a deserted sandy beach with sand in every direction. 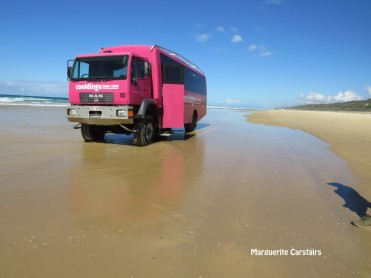 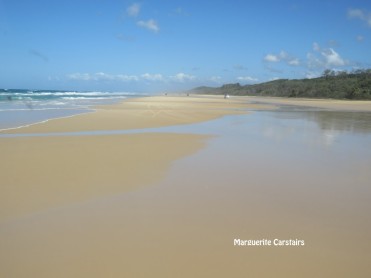 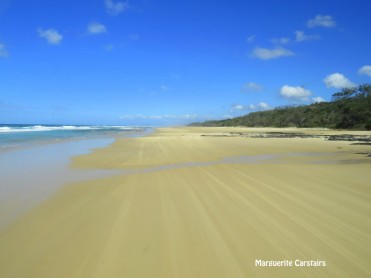 The next stop was the Maheno Wreck. Some people got off here and took the joy flight from here to the Pinnacles. I stayed on the bus for the sand drive. The Maheno, the most famous of the Fraser Island wrecks, was driven ashore just north of Happy Valley during a cyclone in 1935. Once a well-known trans-Tasman liner, the Maheno was bound for a Japanese wrecking yard when she met her stormy end. Today the hull lies slowly deteriorating in the harsh salt environment, about 10 kilometres north of Happy Valley.

LITTLE more than a rustic skeleton remains at 75 Mile Beach on Fraser Island, the final resting place of the once-mighty SS Maheno. 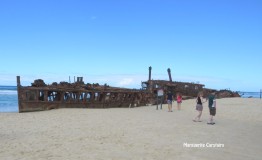 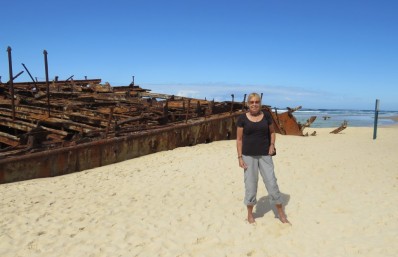 The Pinnacles, also known as Cathedral Rocks was our next stop. The coloured sand cliffs along Fraser Island‘s eastern beach is a key attraction for visitors to this beautiful sand island. They have formed over hundreds of thousands of years when minerals leached through the sand and on exposed high sand dunes. Up to 72 different colours, have been found present on Fraser Island with colours being mostly reds and yellows

The Pinnacles are significant to the local Aboriginal Butchulla Peoplewho believe it is a sacred women’s place with the Rainbow Serpent being responsible for the created sand formations. 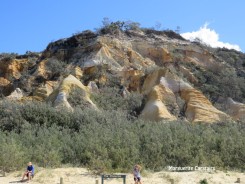 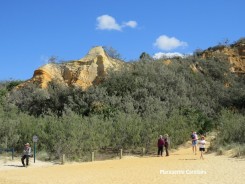 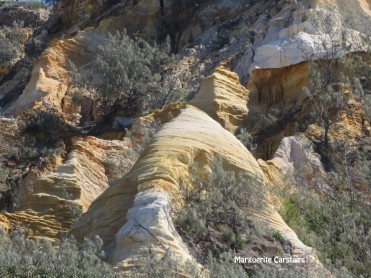