There were three blocks of land that were full of trees. There were White gums, River Gums, paper barks, Grevilleas, different smaller shrubs and undergrowth, grasses and flowering plants. Someone bought the block next to me, and when I came home one evening, the top part of the block was bare, only a few trees remained at the shoreline next to the mangroves, and all the flowering trees were gone. Next a three level house was erected.

That house was sold while it was being built, and the block next to it was also sold. The couple who bought that block came and mowed it, cut down the smaller trees and sat under the tall trees and enjoyed their block. Then they stopped coming.

The house next door was sold again, and this time the man came to see me about the water drainage issue, and I told him that that block was the natural drainage for the hill, and would flood when the rains came. He said it was alright and he would be removing all the trees for the view. I said the trees were protected because of the bird life nesting in the trees, but he said that was not his problem, and the trees would go.

They moved in now almost a month ago and last week, a tree lopper was there taking the huge pine tree on the nature strip, and clearing the vacant block. All those trees were taken down and shredded in a mulcher. When I came back from a weekend at Open House, he had cut down all the trees on the lower part of the next block too. I took photographs of the stumps…twelve trees cut down next to the mangroves, and I live in fear that he will make the mangroves ‘vanish’ too like he did the trees.

I was not the only one upset. Most of the neighbours, and also it appears those who walked their dogs along the road to the Cricket ground called Council to complain, and they have now been here at least three times talking with the property and the tree loppers, who are being blamed for cutting down the trees. The block opposite also got into the action and cut down the huge tree and the block opposite did the same. Five blocks, all vacant land, one with the house on it, all cleared huge trees and it was disastrous for the wild life living on those trees.

At night you now hear plaintive cries of the curlews. I had a pair that visited and lived in my garden. Last night there were six of them in the front garden. The neighbour said she had 15 curlews just standing there on the block next door, now all cleared and totally vacant, along with six magpies. She also said that a huge flock of white crested cockatoos were flying around looking for the tree they usually sit on when they come here every morning. I also wonder about the magpie nests and what has happened to the juveniles. They used to visit every morning along with the curlews.

I also wonder where the nesting Ospreys have gone. They were nesting on the huge tree next door. They had eggs in their nest. The neighbour told me how the birds would take turns sitting on the nest and one would sit on the other pine tree, now cut down, while the mate sat on the nest. There were Kookaburras who had their nest in the trees. I took photo of one bird in the hollow, and the other out as they shared looking after the nest. Where are they living now?

There were a pair of nesting owls. I saw one on the nature strip one night when I came home. There is a coucal who lived in the trees, and many honey eaters and friar birds and also the mangrove rufus who love the mangroves and the Rainbow bee eater.

Where would they all have gone now that they have lost their habitat that provided insects, flowering gums and flowers full of nectar. The Rosellas and Rainbow parrots love to swing on the flowering branches as they enjoy the honey and the wild bees, where have they gone and where are they living now? These trees were not just a block for the view of the water. They were home to many birds and animals. We have lizards, a myriad of insects living in the bark and in the roots, butterflies and ladybirds, and small animals living below, snakes, the bandicoot and all the lizards and flies.

There was a whole ecology there in the waterside environment that had the mangrove lined shore with supporting trees and foliage along the shore. It is not just a few trees that have been cut down so someone can get a better view of the water, it is the destruction of a whole environment, where the trees support the land which supports those living on the land…the birds, the insects, the small animals and the spirit of the trees. These trees have been here for over 50 years, maybe more and these animals have lived in the trees. Many are migratory, birds flying 8,000 kms to Russia and back here like the Plovers do. The Black swans will soon be back, and so will the migratory Eastern curlew. The Ibis are always here and the spoonbill seem to come and go. Will these birds and animals all now come and live in the few trees that are on the blocks of my home?

Birds are territorial. They tend to live in a tree or area and chase off invaders of what they think is their territory. You now have over 20 curlews, that we have seen, six or more magpies, the honey eaters, the whistling mangrove rufus, and the very territorial Kookaburra all homeless. Where will they go, and how will they react when they are not welcomed by birds already living in the trees that are left…and they are all on my property in this area right now.

When a tree, in this case over 20 trees on 4 properties in my street by the water, are just cut down, do the people paying for the trees to be cut down even consider that they are actually destroying the home and life styles of possible over 1,000 plants, birds and wild life that all lived very happily in an environment that they have lived in for a long time. Many of the birds are migratory. The islands are a protected Maritime Reserve, and yet people buy properties with trees, and cut them down to build on. Worse still is the man who cut down all the trees at the bottom of his block so he could get better water views, and will get even better if the Mangroves go…

When will people realise that trees give the islands their beautiful oxygenated air, and are home to an entire world that is not human, a world that is being destroyed without thought. Why buy a block with trees to cut down the trees?

In June, I photographed the birds that visited these trees. There were over 25 that I photographed…and many I couldn’t as they were too small, and too fast, and too well camouflaged for me to see.  You can see the birds in this link   https://www.facebook.com/groups/Birdsandbirds/photos/

Here are some of the videos I have made of the birds in those trees that have been cut down.

Some of the birds that have been enjoying the garden in June at Russell island… – created at http://animoto.com.

The birds that come to my garden – created at http://animoto.com.

Curlews in my garden at Russell Island – created at http://animoto.com.

Birds in my Garden June Russell Island … Birds on the islandsIn “birds“. Rainbow Lorrikeets in the White .. 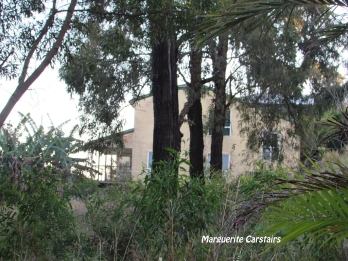 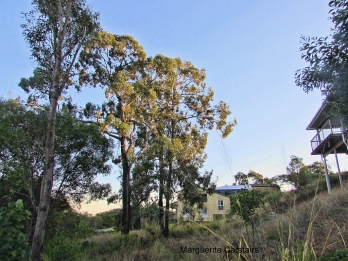 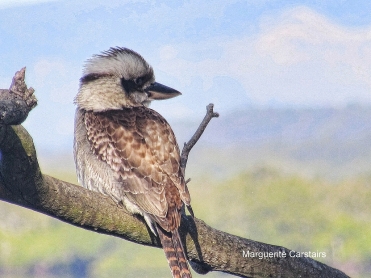 Cleared for the view….

One thought on “Consequences of cutting down trees”