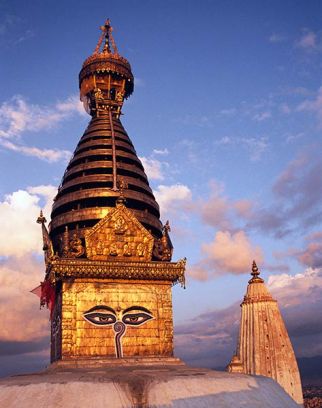 Swayambhunath Stupa is the most ancient and enigmatic of all the holy shrines in Kathmandu valley. Its lofty white dome and glittering golden spire are visible for many miles and from all sides of the valley. Historical records found on a stone inscription give evidence that the stupa was already an important Buddhist pilgrimage destination by the 5th century AD. 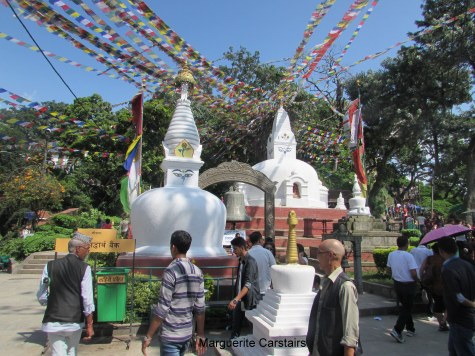 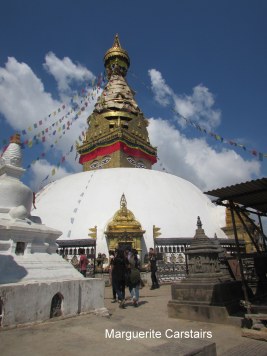 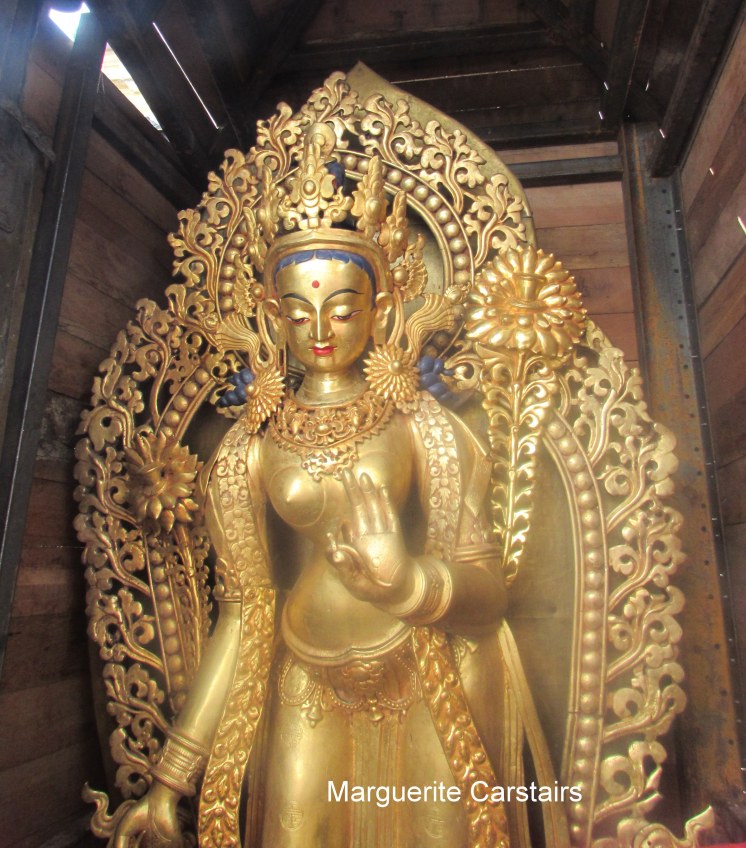 Its origins however, date to a much earlier time, long before the arrival of Buddhism into the valley. A collection of legends about the site, the 15th century Swayambhu Purana, tells of a miraculous lotus, planted by a past Buddha, which blossomed from the lake that once covered Kathmandu valley. The lotus mysteriously radiated a brilliant light, and the name of the place came to be Swayambhu, meaning ‘Self-Created or Self-Existent’. Saints, sages and divinities traveled to the lake to venerate this miraculous light for its power in granting enlightenment

The area surrounding the stupa is filled with chaityas, temples, painted images of deities and numerous other religious objects. There are many small shrines with statues of Tantric and shamanistic deities, prayer wheels for the Tibetan Buddhists, Shiva lingams (now disguised as Buddhist chaityas and decorated with the faces of the the Dhyani Buddhas), and a popular Hindu temple dedicated to Harati, the Goddess of smallpox and other epidemics. 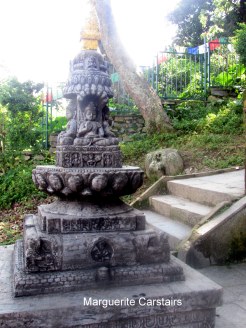 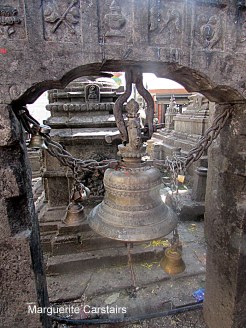 The presence of the Harati Devi temple signifies the intermingling of the pantheons of Hinduism and Buddhism in the development of the religious trends of Nepal. As Buddhists had no deity in their own pantheon to protect against the dreaded smallpox, they adopted the Hindu deity for assistance.