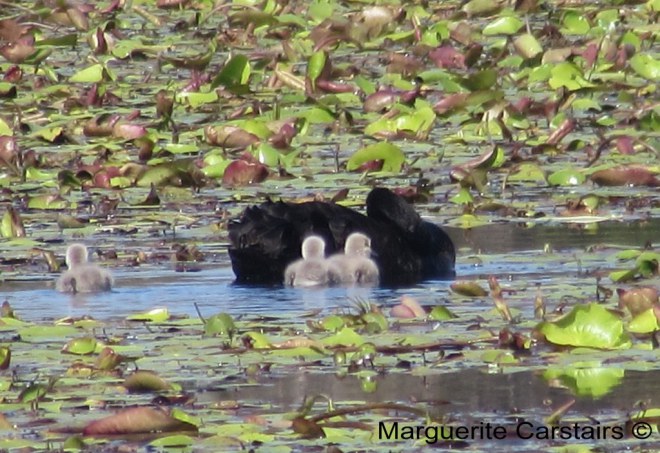 The black swan (Cygnus atratus) is a large waterbird, a species of swan, which breeds mainly in the southeast and southwest regions of Australia. The species was hunted to extinction in New Zealand, but later reintroduced. Within Australia they are nomadic, with erratic migration patterns dependent upon climatic conditions. Black swans are large birds with mostly black plumage and red bills. They are monogamous breeders that share incubation duties and cygnet rearing between the sexes.

Black swans are mostly black-feathered birds, with white flight feathers. The bill is bright red, with a pale bar and tip; and legs and feet are greyish-black. Cobs (males) are slightly larger than pens (females), with a longer and straighter bill. Cygnets (immature birds) are a greyish-brown with pale-edged feathers.[3]

Black Swans are widespread throughout much of Australia, and occur wherever there is a…