I headed inland and stayed at Lake Blackwater which was especially beautiful this year.

Lake Broadwater is the only large, naturally-occurring freshwater lake on the Darling Downs and is an important refuge for waterbirds and other wildlife. The lake is popular for picnicking, walking and birdwatching at any time of year; as well as power-boating, skiing, canoeing and swimming when conditions are suitable.

Lake Broadwater, surrounded by cypress pine, eucalypt and brigalow open woodland, is a shallow lake which covers approximately 350 ha of the 1,212 ha regional park. It is listed in the Directory of Nationally Important Wetlands and is an excellent example of a semi-permanent freshwater lake in an area where these are rare. The lake fills only after heavy rains and when full is up to 3–4 m deep. It dries out periodically, sometimes for lengthy periods.

More than 230 species of birds have been recorded at the park. The number and variety are due primarily to the wide range of habitat types; from wetlands to vegetation representative of drier inland regions. It is a valuable breeding ground for waterfowl, including migratory species that have travelled long distances from other parts of Australia and the world. 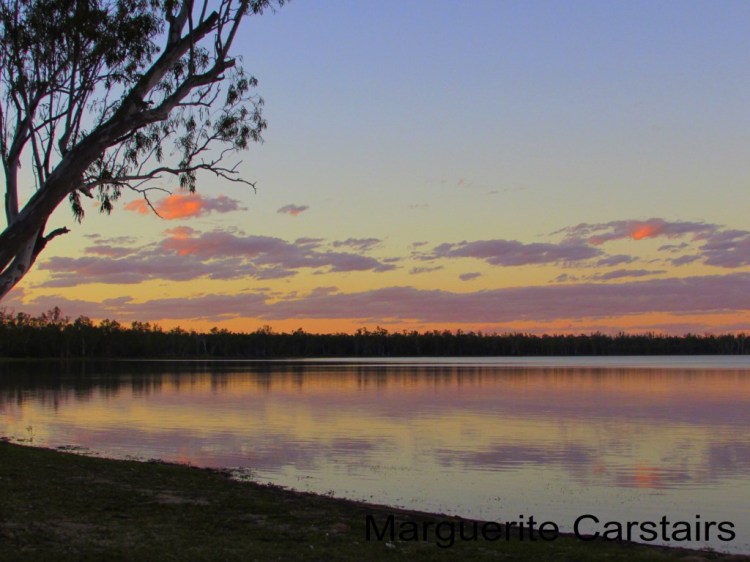 The camping facilities are excellent..free hot showers, power points in the amenities and well lit at night with a caretaker.

Cost is $5.60 a person and you fill in a booking slip at the entrance.

The weekend had many people enjoying the water with children playing on the sand and swimming, boats and fishing all happening. I had planned to stay a few days but was called on to move forward so sadly left the very beautiful and relaxing Broadwater Lake where I was camped right opposite the water and the sunrises. 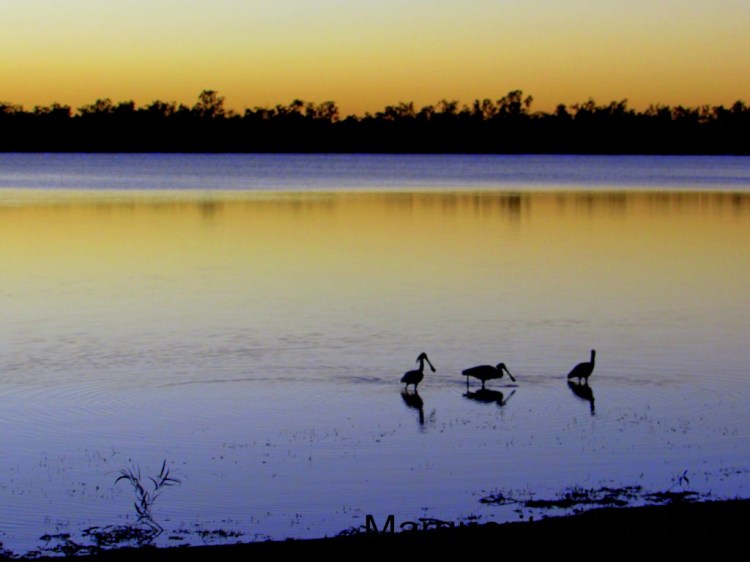