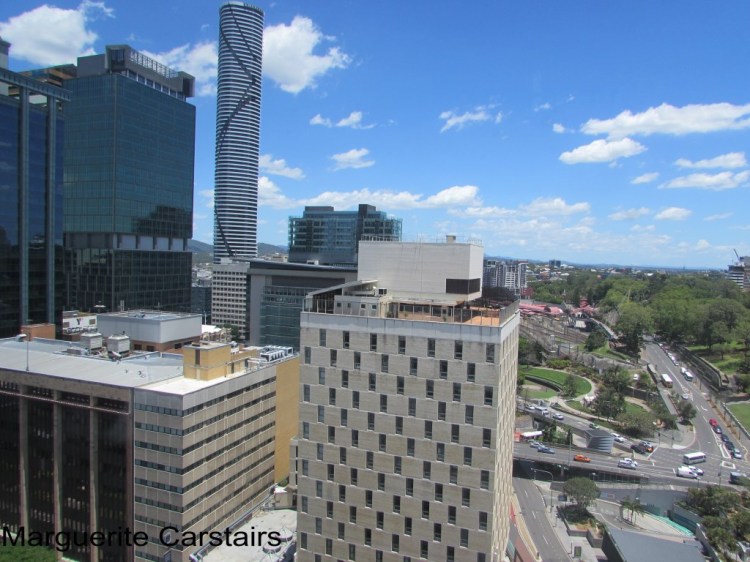 Magistrates Court is below….and the Roma Park Gardens and road to the freeway over the Story Bridge..Hotel Meriton is the highest building in Brisbane.. 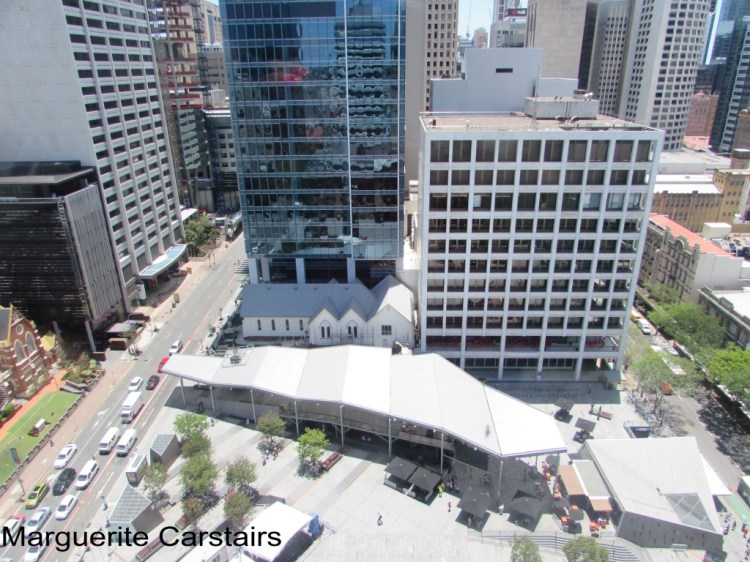 King George Square Station with restaurant below…King George Square is a busway station located underneath King George Square in the heart of Brisbane CBD; it also marks the start of the TransLink‘s Northern Busway. The station has twelve stops on two platforms; access to these platforms is via an underground concourse which can be accessed from Ann Street or Adelaide Street. Unlike other bus stops and stations, passengers do not hail down the bus, instead passengers wait behind automatic doors on the stop that is assigned to their bus, similar to the Queen Street bus station. 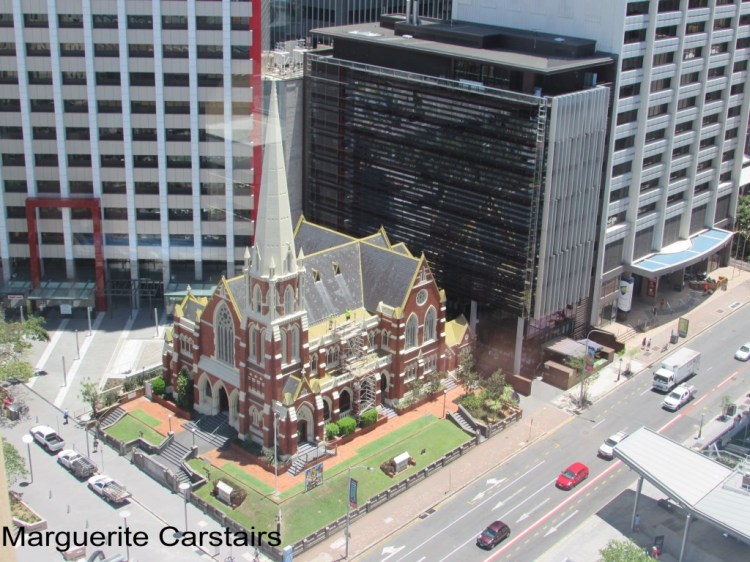 St Andrew’s was built in 1904 to replace a prominent Gothic style stone structure in Wickham Terrace to enable the extension of the railway line from Central Station to Fortitude Valley by tunnel. As it happened, this beautiful church which had been used by the Presbyterians for 17 years before they moved to the present site, was also occupied by the Congregationalists for another 17 years before they moved to their Ann Street site in 1959. 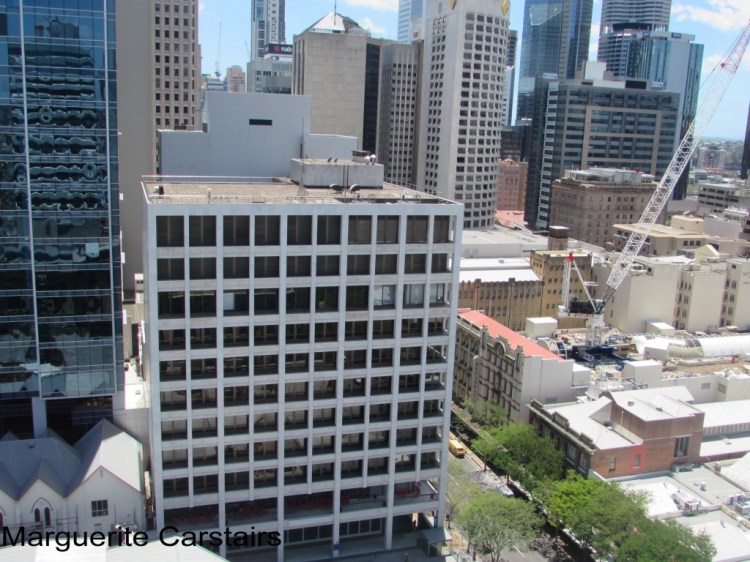 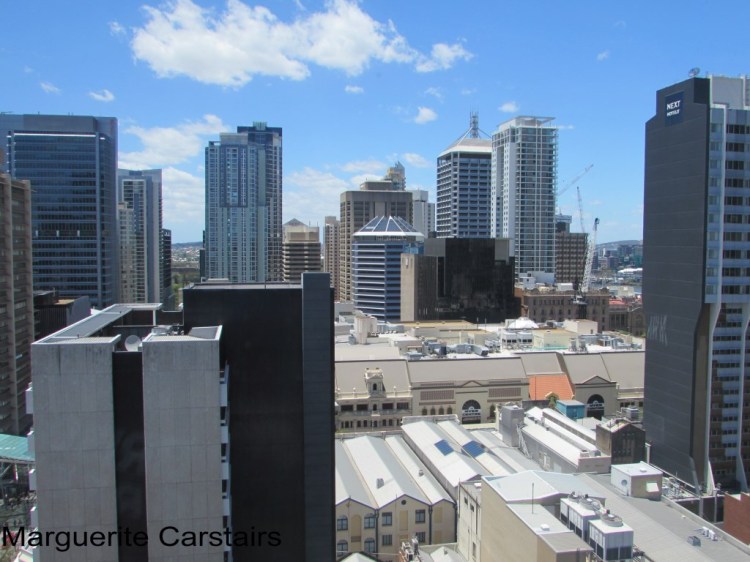 You can see the Magistrates Court on the right…

The building is a modern, purpose-built facility which currently contains 26 courtrooms. These include a dedicated Murri Court, two Coroners courts and four Small Claims hearing rooms.[3][4]The building has the capacity to expand to 39 courtrooms.[4] 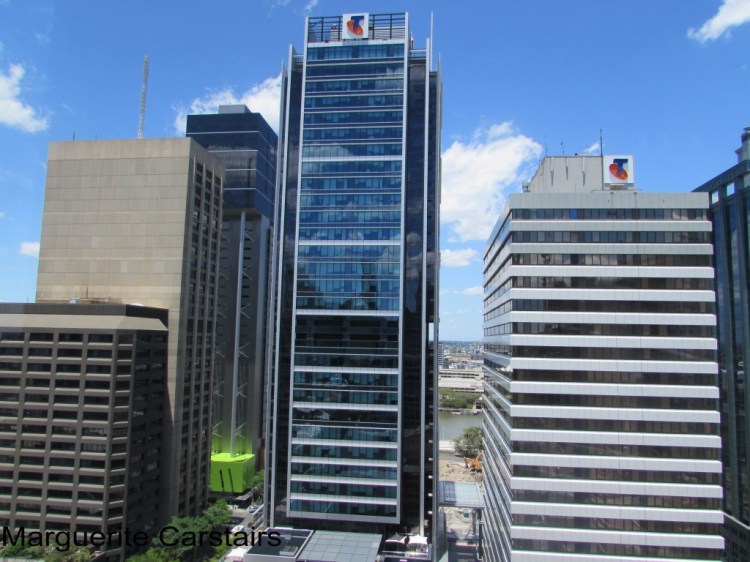 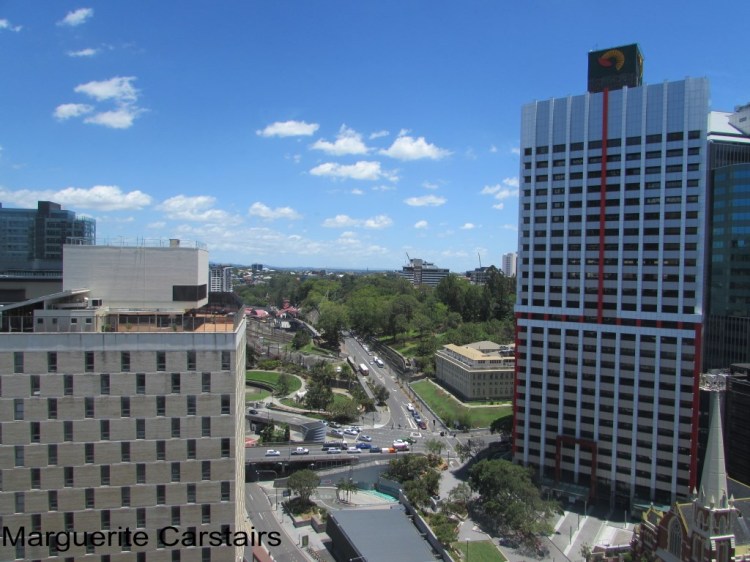 Albert Street and Ann Street Roundabout and corner..the Roma Parkland  gardens are to the left 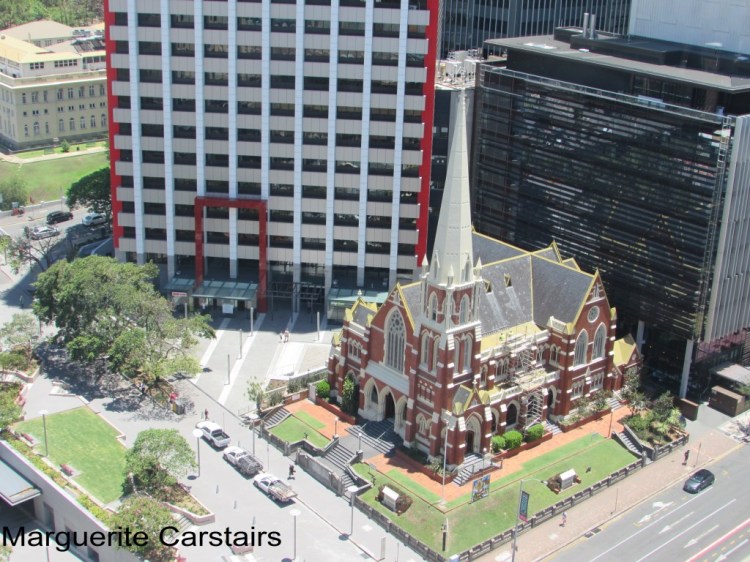 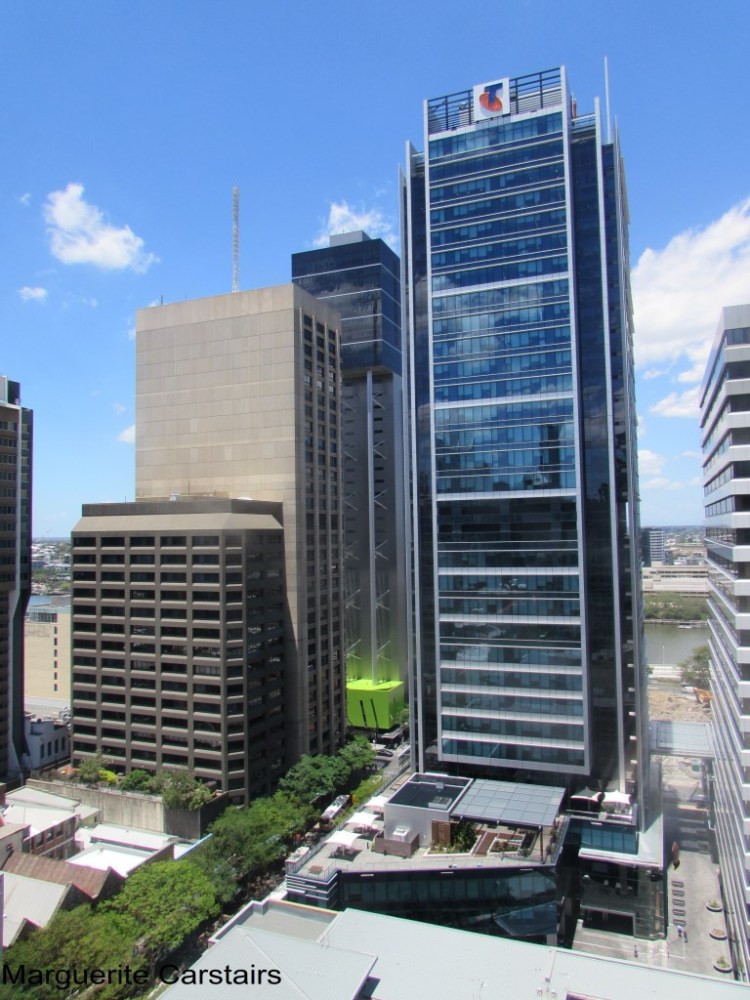 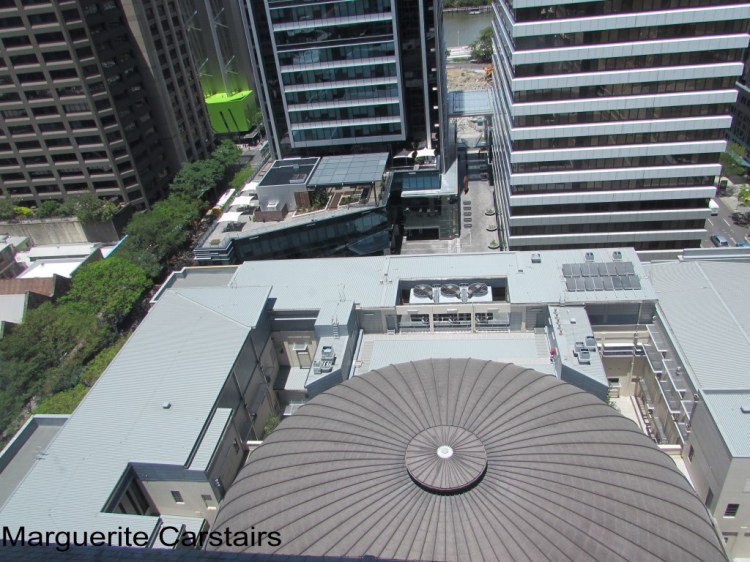