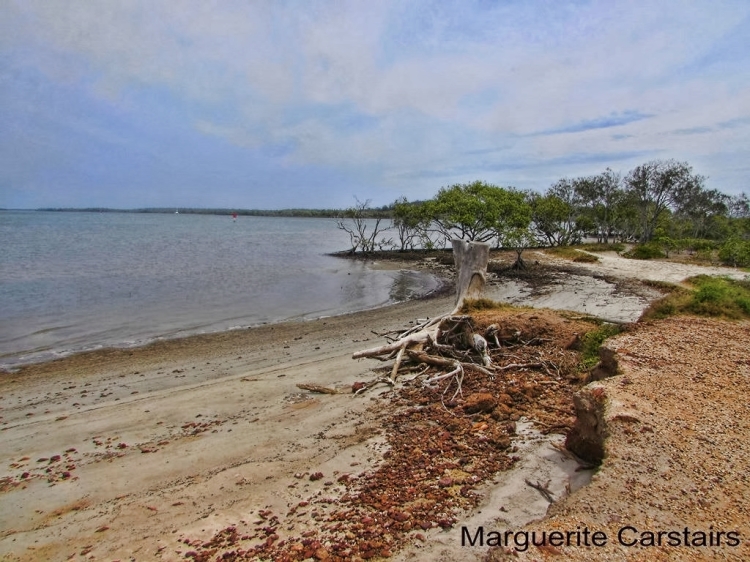 The southern tip of Russell Island is 33 kilometres in a straight line from Surfers Paradise, and it is approximately one hour by road and waterbus.  This is Sandy Bay

The northern tip of the island is 40 kilometres in a straight line from the centre of Brisbane’s CBD, and approximately one hour travel. For those with a boat there is fast access to the mainland, Brisbane, Gold Coast, Sunshine Coast, other islands in Moreton Bay and to the open ocean. 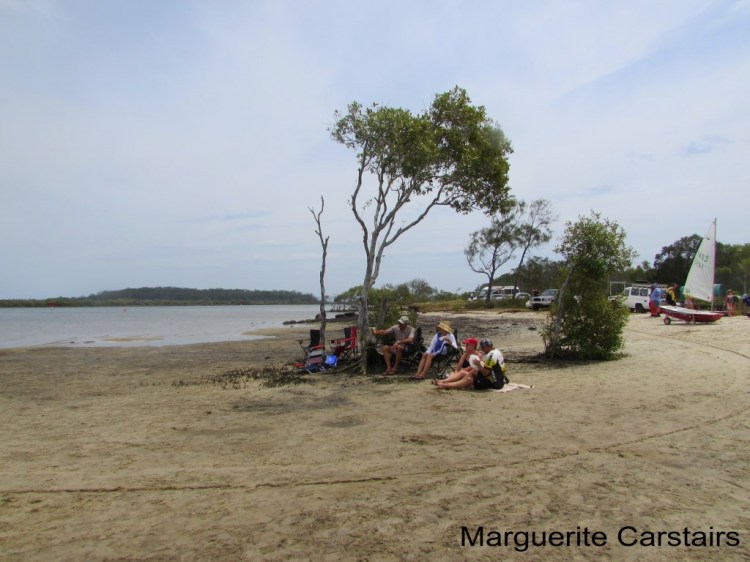 Sandy Bay is not really sandy..it is more muddy as this is mud flat area where soldier crabs chase each other over the  mud at dawn and sunset. The shore is white sand delighted by midges at dawn and sunset. Make sure you are covered with insect repellant if you visit and plan to camp here

The Lions Park provides covered picnic areas with barbecues and a sink to clean any fish you may catch.

There is a toilet and an outside shower to wash away the sand, and you can now camp on the grounds

The sunrise would be spectacular here..as it would be across the water. 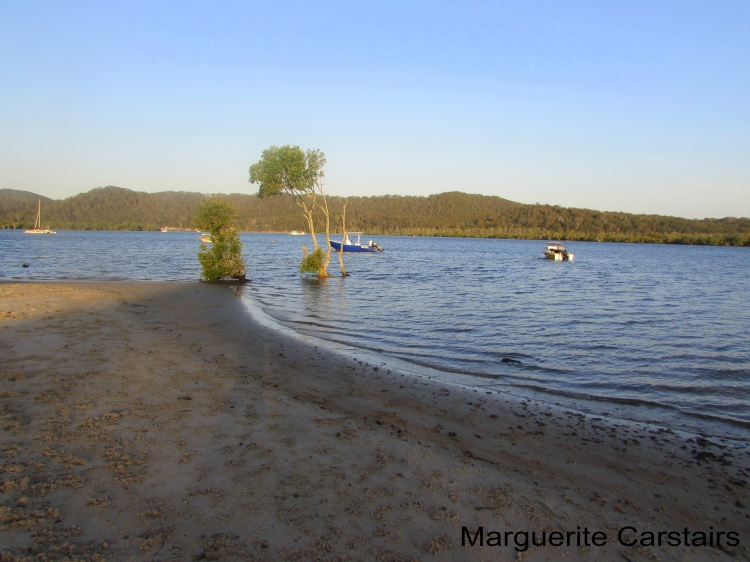