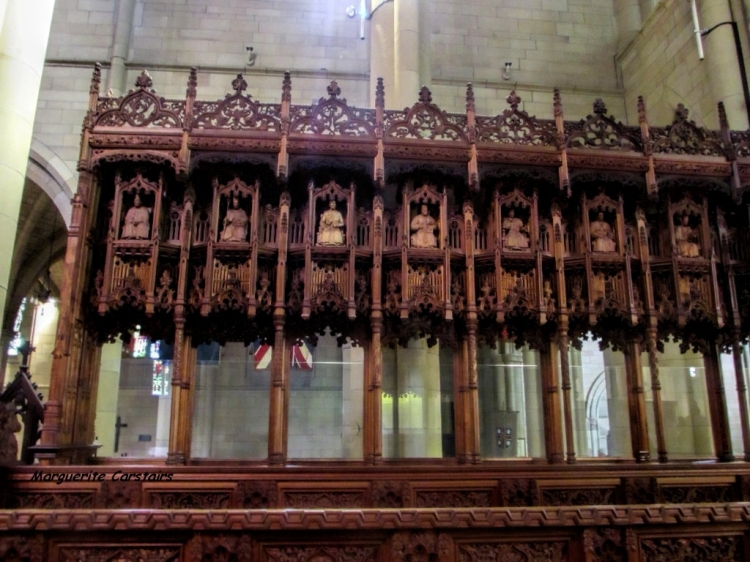 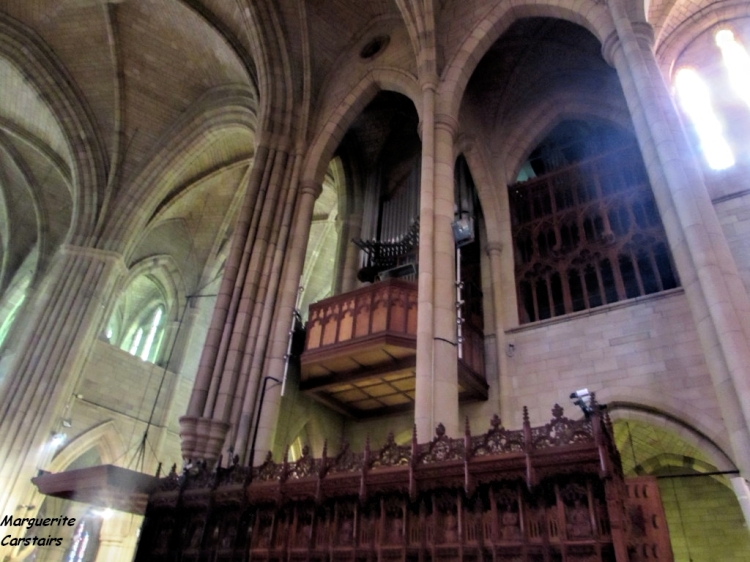 With over 4,500 pipes the organ of St John’s Cathedral is one of the largest and finest in Australia. Its stop-list is eclectic, and can accommodate a large range of styles. It is arguably most comfortable in the Romantic repertoire, where the interplay of generous acoustic and mellifluous timbres comes into its own.

The original specification of 1909 was drawn up by George Sampson. The Cathedral’s architect, J. L. Pearson, who had designed Truro Cathedral in England (famous for its magnificent Willis instrument) created a similar design where the blend of high stone ceilings and gothic arches created a fine acoustic for organ sound. In common with many organs of this period, the renowned builders Norman and Beard from England were contracted and produced an instrument of rich and sonorous tone without abrasive upperwork, strings, mixtures or mutations. There were additions in 1912, 1914 and 1915 leaving an organ of 3 manuals, 30 speaking stops and pneumatic action.

The information is from Wikipedia…http://wikipedia.org

The high altar is a free standing structure with a great Byzantine style stone baldachino (a permanent ornamental canopy, as above a freestanding altar or throne), rather than a reredos, (a screen or a decorated part of the wall behind an altar in a church) supported on columns rising high above it. Beneath the high altar lie the remains of Bishop Webber. 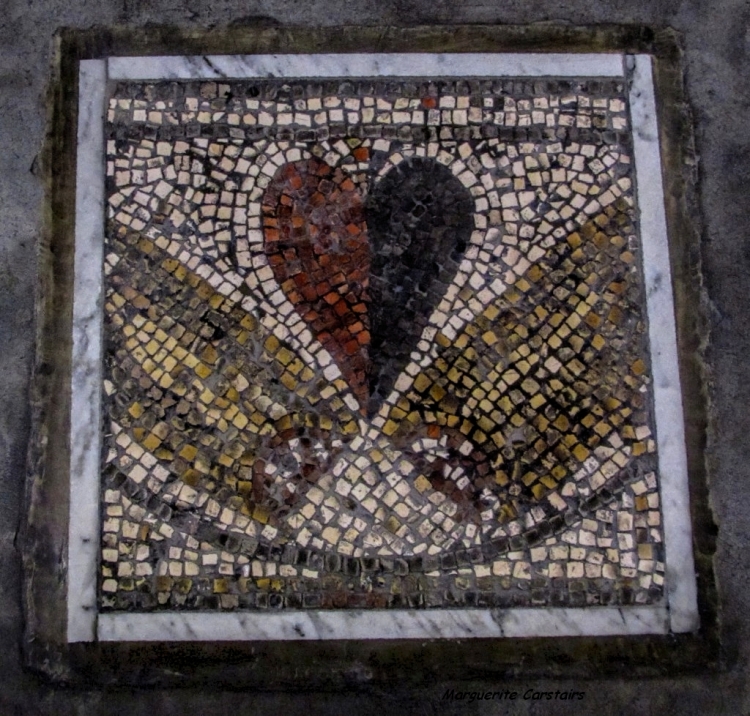 In front of the altar in the sanctuary floor are two pieces of mosaic from the Holy Land, brought back after being uncovered during the First World War by the Australian Light Horse Regiment. One of these is part of the floor of a 6th-century synagogue at Jericho. The other is a fragment from the floor of a 6th-century Christian church at Gaza and is part of a larger mosaic now housed in the Australian War Memorial in Canberra. 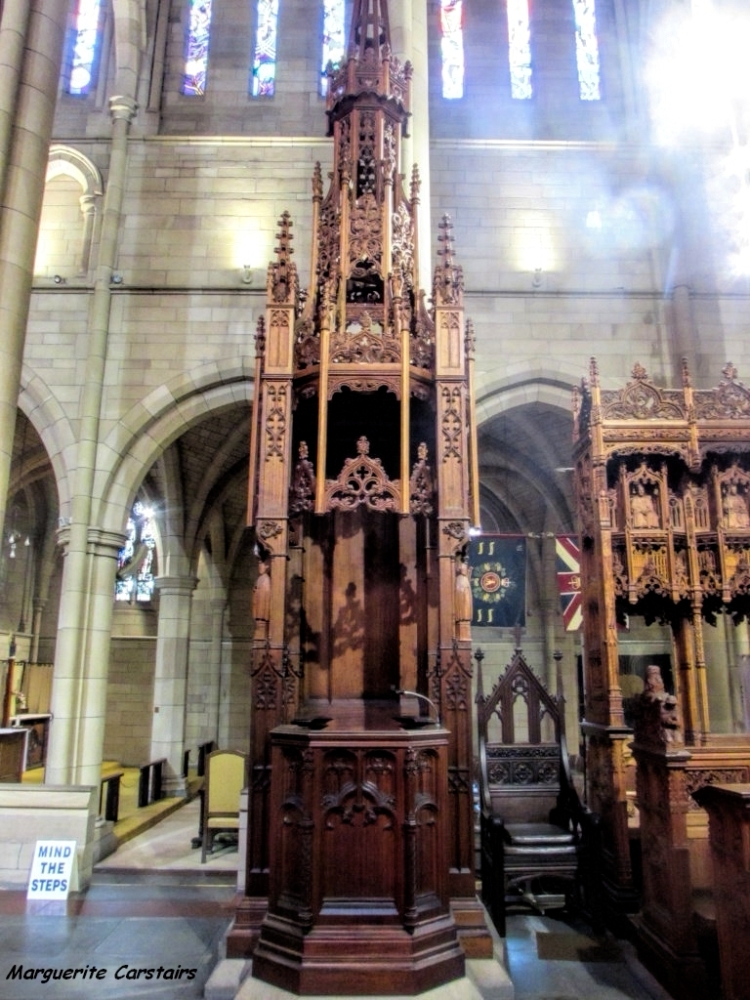 Pearson’s elevated choir symbolically marks the passage from the secular nave into the higher and more holy choir. Here the clergy are also accommodated in their “elaborately carved” stalls and the archbishop’s throne cathedra (symbolising his authority and pastoral responsibilities) – designed by Pearson resides.