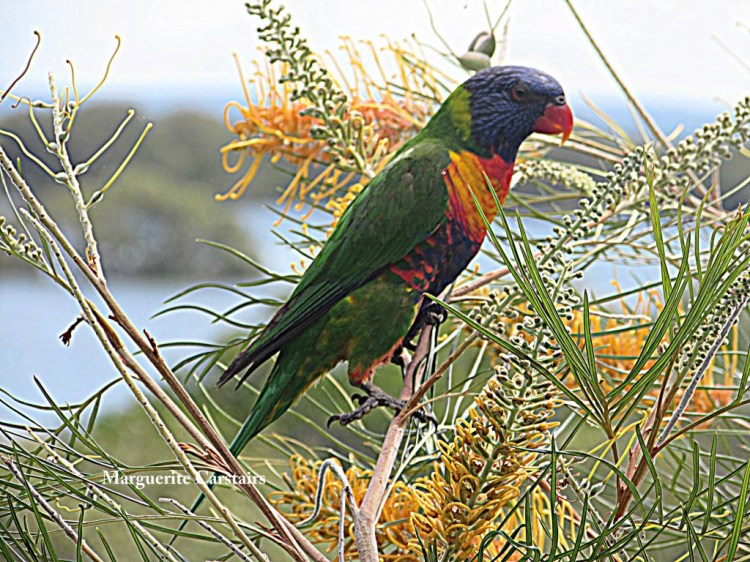 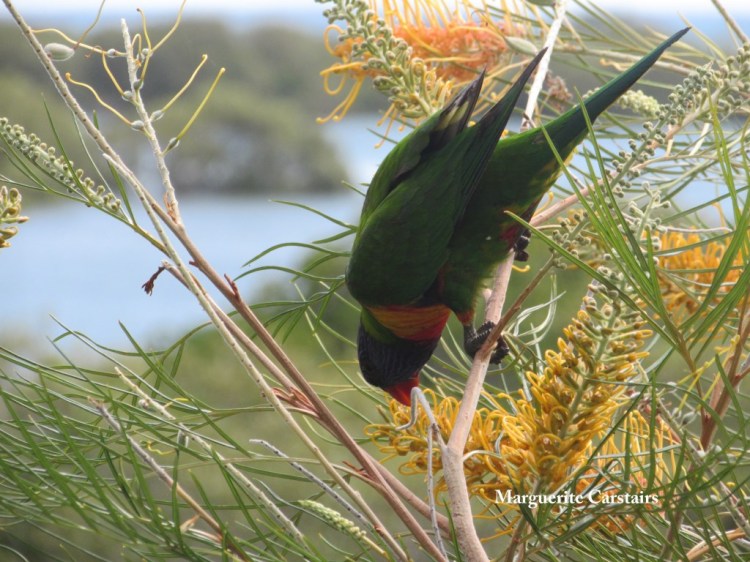 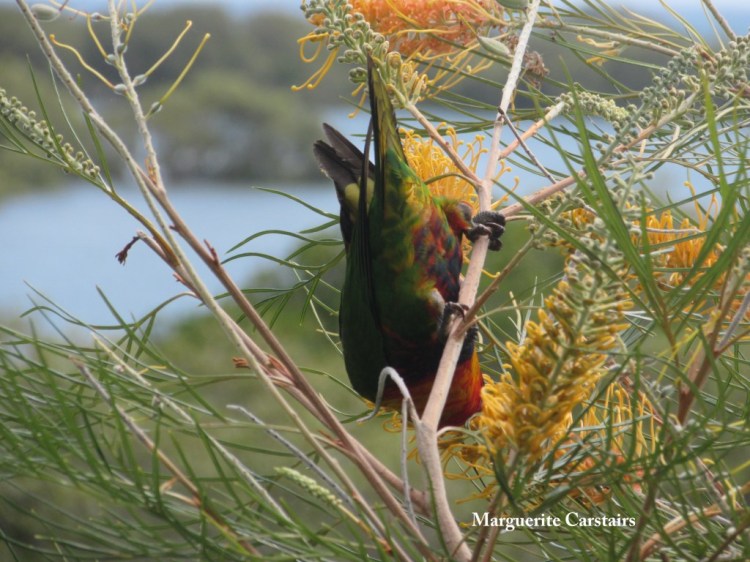 The Rainbow Lorikeet (Trichoglossus haematodus) is a species of Australasian parrot found in Australia,

Rainbow Lorikeets feed mainly on fruit, pollen and nectar, and possess a tongue adapted especially for their particular diet. The end of the tongue is equipped with a papillate appendage adapted to gathering pollen and nectar from flowers.[9] Nectar from eucalyptus is important in Australia, other important nectar sources are Pittosporum, Grevillea, Spathodea campanulata (African Tulip-tree), and sago palm.[8] In Melanesia coconuts are very important food sources, and Rainbow Lorikeets are important pollinators of these.[10] They also consume the fruits of Ficus, Trema, Mutingia, as well as papaya and mangoes already opened by fruit bats. They also eat crops such as apples, and will raid maize and sorghum.[8] They are also frequent visitors at bird feeders placed in gardens, which supply store-bought nectar, sunflower seeds, and fruits such as apples, grapes and pears. 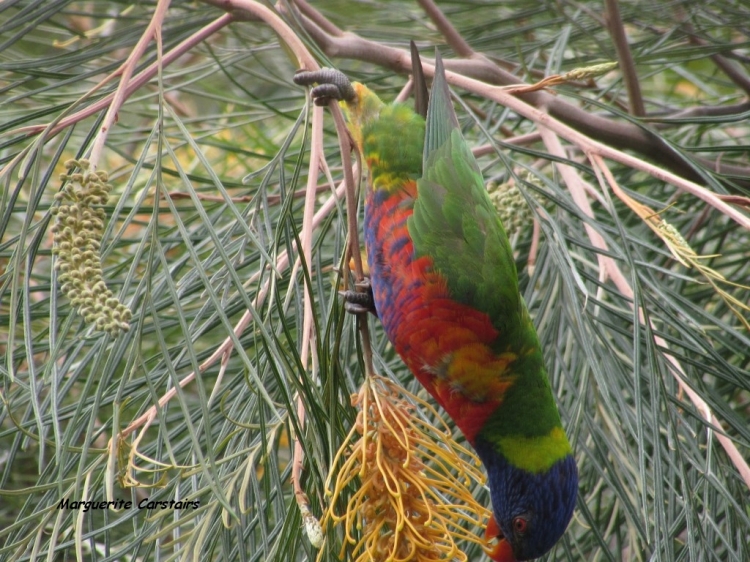 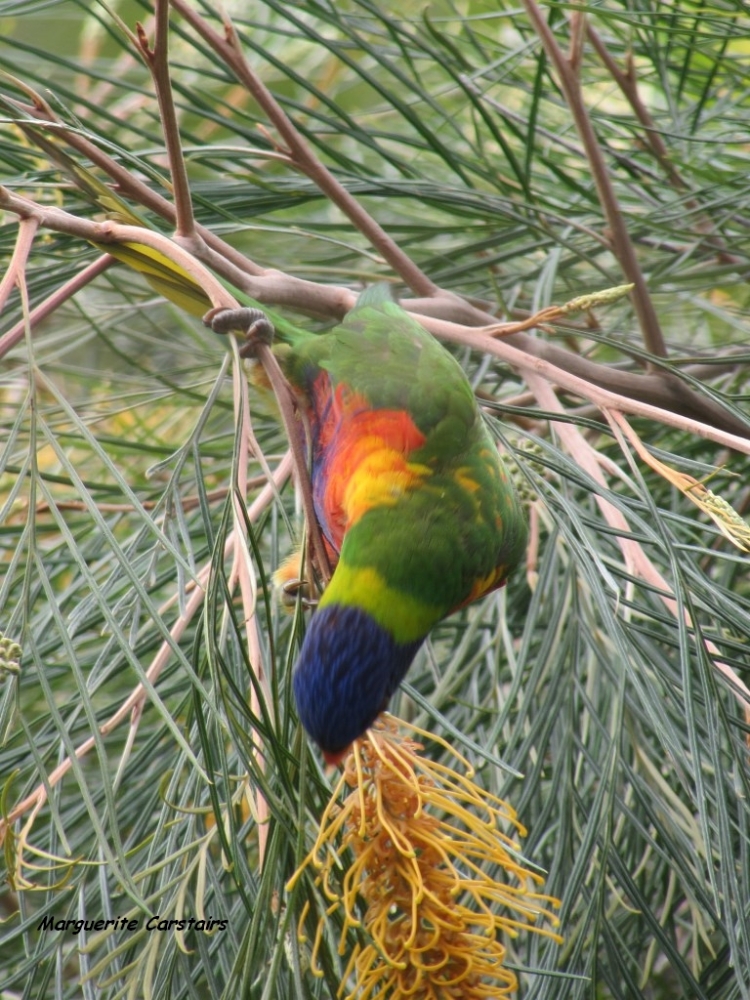 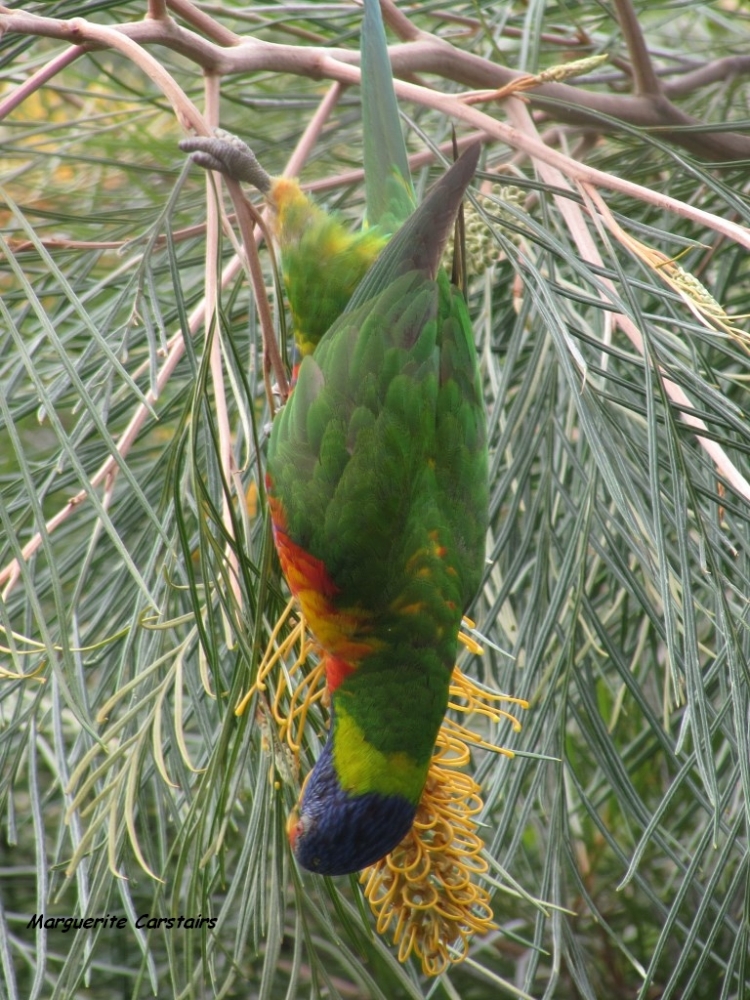 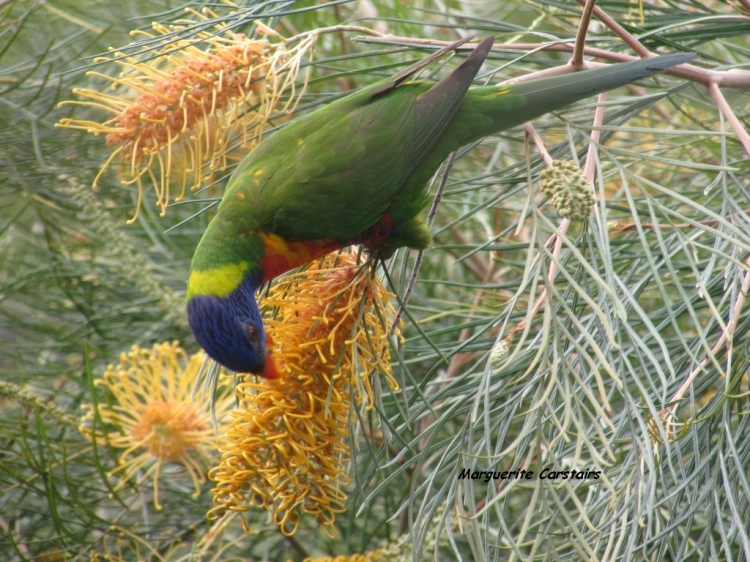 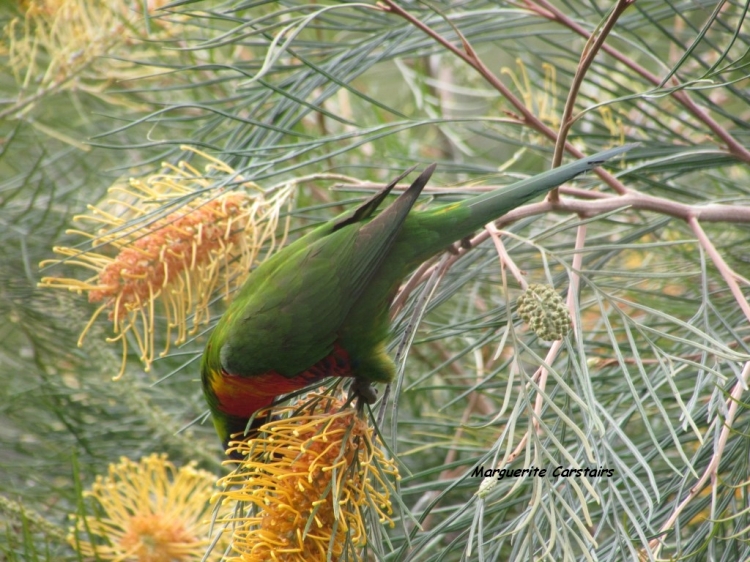 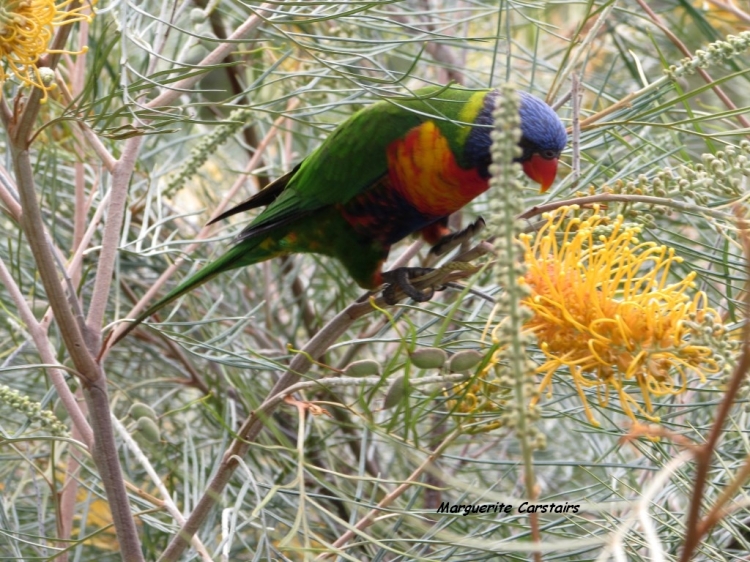 Grevillea ‘Honey Gem’ is a grevillea cultivar originating from Queensland in Australia.