Wivenhoe Dam is a dam across the Brisbane River upstream from Lockyer Creek in Queensland, Australia. The dam creates the artificial Lake Wivenhoe. The dam wall is located about 80 kilometres (50 mi) by road from the centre of Brisbane.

Wivenhoe dam was planned in the early 1970s as a flood mitigation and water storage dam. The 1974 Brisbane flood highlighted the need for flood protection for South East Queensland.[1] The lake also forms part of the water storages for the Wivenhoe Power Station.

Wivenhoe Dam consists of an earth and rock embankment 2.3 kilometres (1.4 mi) long and 50 metres (160 ft) high. It has a concrete spillway section on which five steel crest gates are installed. The gates, at 12 metres (39 ft) wide and 16.6 metres (54 ft) high, are among the largest of their type in the world.[citation needed] The dam also has an auxiliary spillway to stop over-topping. 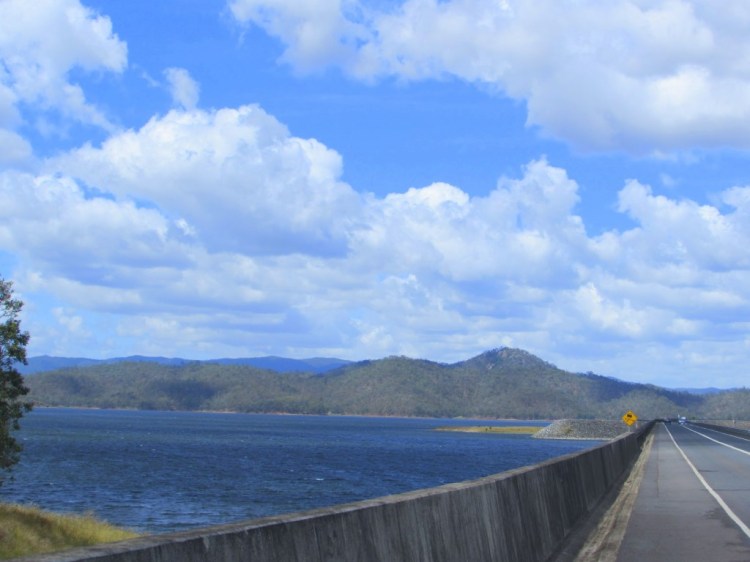