The sky was heavy with smoke from the bushfires on Stradbroke Island.

They were burning furiously with hot winds fanning the flames. Then on the 6th of January, at 4.30 pm, the smoke hung heavy and ominous, Cania Point and Cleveland were affected by the smoke which was now adjacent to Stradbroke. I walked to take a photo of the smoke hanging heavy and still 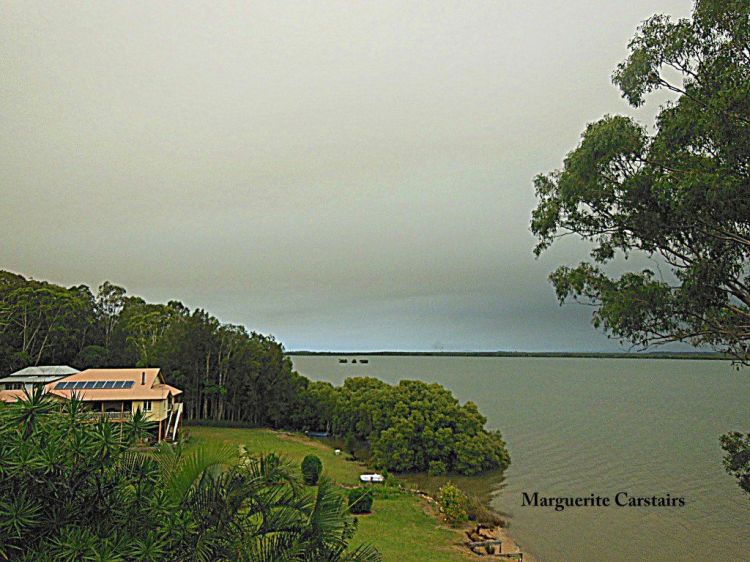 Then storm clouds came and there was thunder and lightning 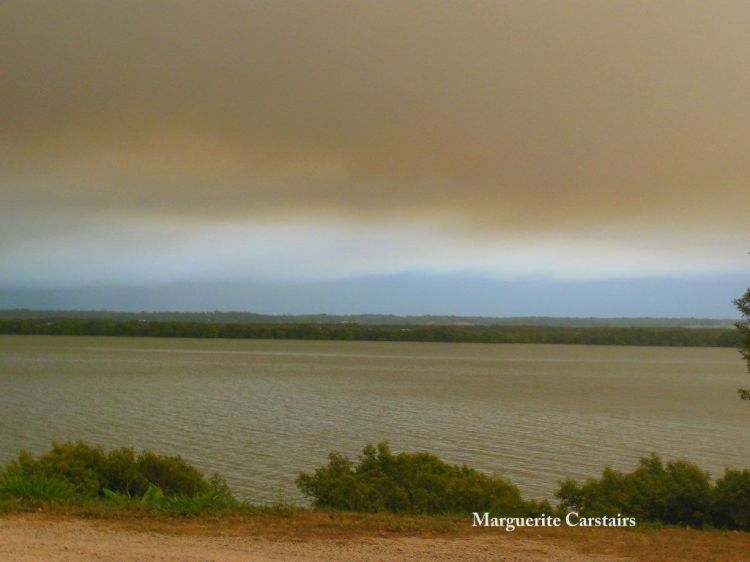 I spent a while trying to capture the lightning with no success, then I started walking back, rain fell in heavy drops and by the time I reached the end of the street and home, the wind howled and the storm broke with all its fury and raged for 2 hours. Electricity was off until 8.30pm on Russell Island. 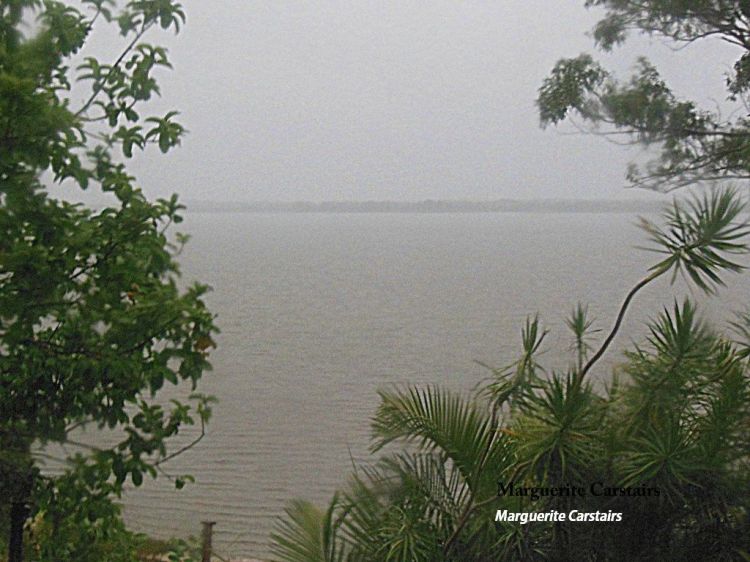 Then unbelievably, the rain stopped, there was a faint rainbow, and then over the sea a bright red sunset

It was a very dramatic and bold evening, but the heavy rains did put the fires out on Stradbroke Island.

2 thoughts on “Smoke and Storm Clouds over the Islands”