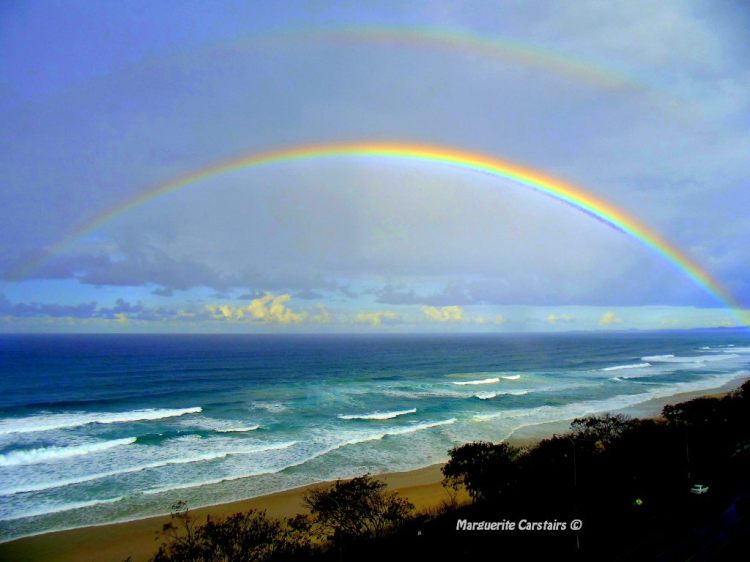 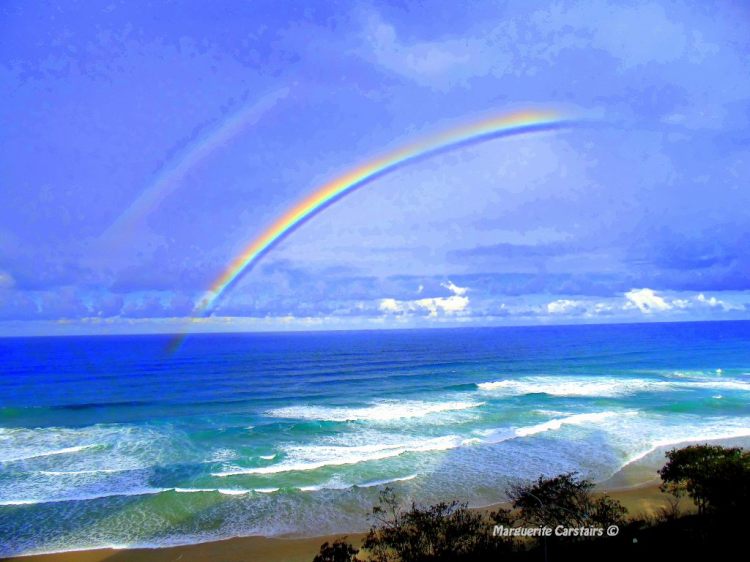 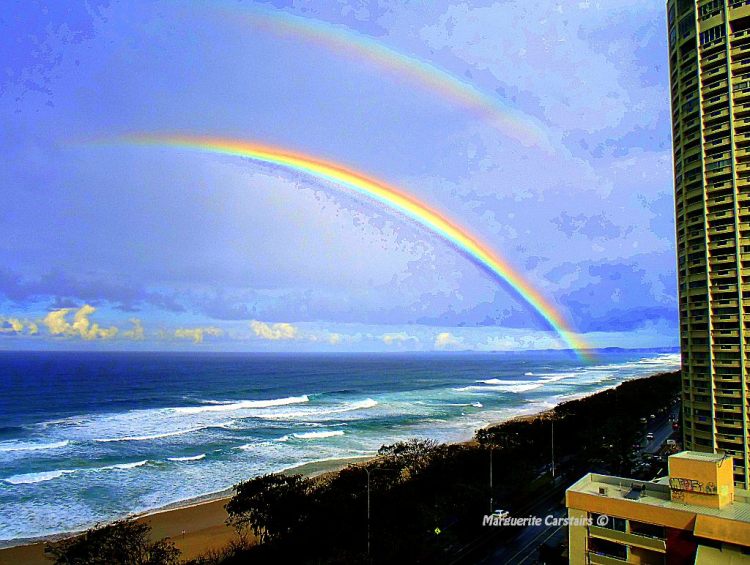 During a particularly lucky scenario, two rainbows will form at the same time. The first and brighter rainbow is called the primary rainbow. This rainbow is created by the process described above, and only requires the light to reflect off of the raindrop once before refracting out of the raindrop 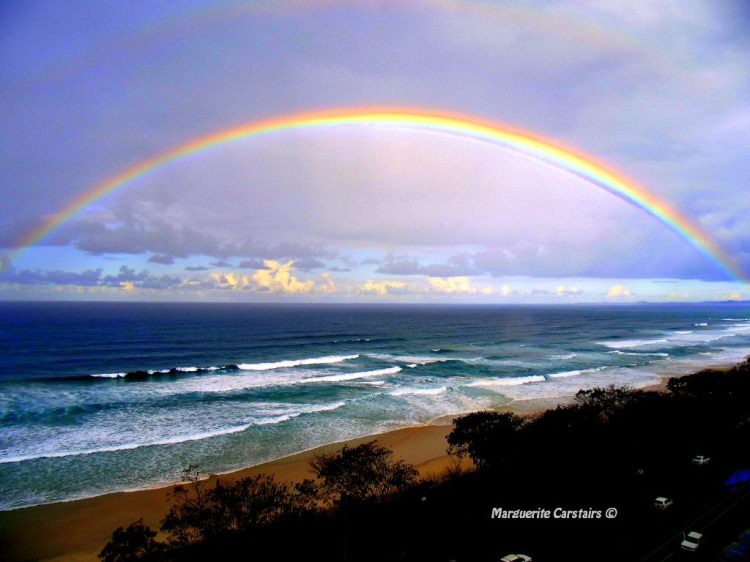 The rainbow is my marvelous experience at Surfers Paradise whereI am staying at the Shore Holiday Apartments with windows facing the sea, the sunrise, the reflected sunset and the rainbow over the water.

To make this vacation complete. I would love to see dolphins or a whale from my window. I did see them once a few years ago from another Apartment in the same location.

It is such a beautiful view of the sea that changes every moment and sings its song day and night as the waves roll to shore.