The first long-term settlers were attracted by the island’s sugar potential as well as its timber. The arrival of settlers, such as John Willes, in the late 1860s marked the beginning of the island’s farming period, which lasted for the next 100 years. Over this time  many lucrative farms produced fruit and vegetables for the mainland markets.

The banana farms were prolific. Today just down from the jetty, there is a market stall selling their produce. They used to grow bananas until storms ravaged them and the land has now been subdivided and sold. They still grow tomatoes and beans a other produce.

In the photo above, Mr Jenner is working on a banana boat. He was to have a farm of his own, and produced avocados and had a processing plant adjacent to the Banana Farms. 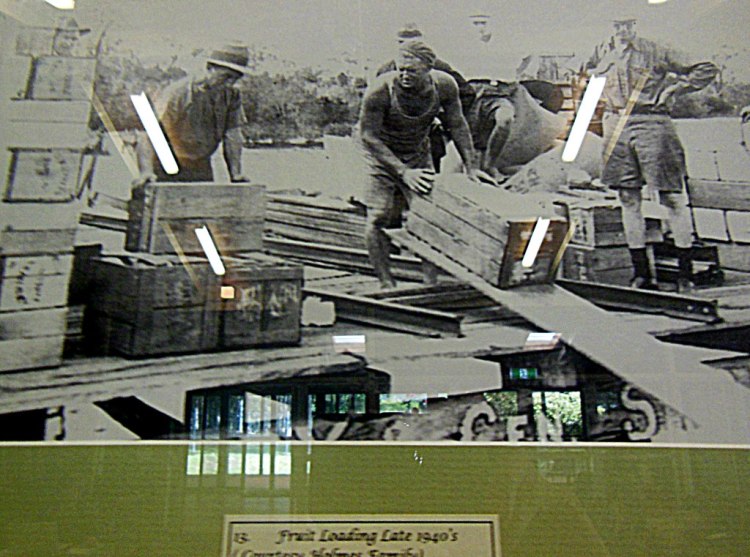 The old jetty was built here in 1866  and you can see in the photo that it is low tide. This area has dramatic tides ranging from very low to over the banks.

This jetty was built in 1950..You can see the carts are now vehicle drawn and loaded with produce being taken to the mainland.

Here is the jetty today… 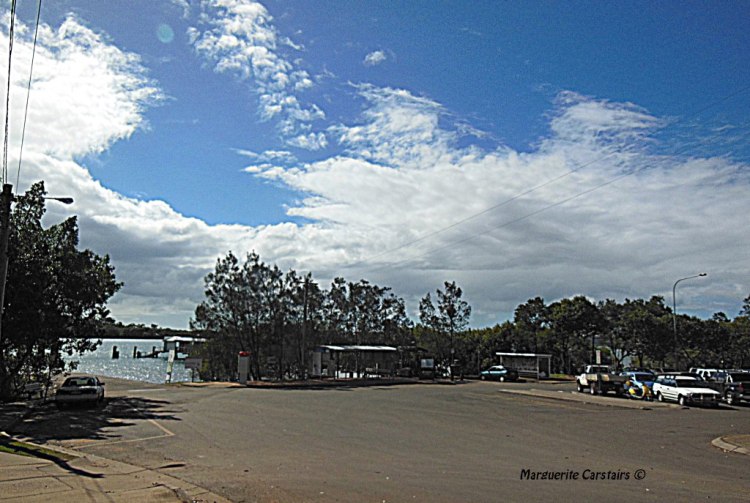 The old photos were taken at the Community Centre which has a display of photos lining the left wall. The centre is located opposite the jetty and overlooks the car park.

One thought on “Banana Boats at Russell Island”