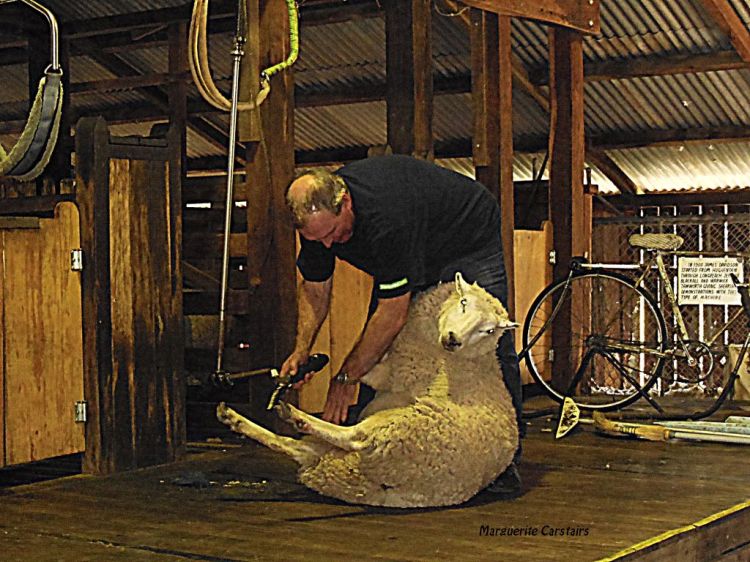 Dating from 1859 this magnificent building stands as a monument to Jondaryan station and the pioneers of the Darling Downs. In its heyday Jondaryan covered 300,000 thousand acres and the woolshed itself was the jewel in the crown of what was one of the most prestigious sheep stations on the downs.

The Jondaryan Woolshed is the oldest operating woolshed in Queensland. Woolsheds are used for shearing sheep, and sorting and baling the fleece prior to transportation to market. In Queensland, shearing is undertaken in spring and early summer – September through December. In a climate where it rains in summer, the woolshed is necessary to keep the shearers and sheep dry for efficient processing

At almost 300 feet (91 metres) long, it boasted 52 shearing stands and could process 3,000 sheep at a time. White originally planned a shingle roof for the Woolshed but then heard about a new invention: galvanised iron. The Woolshed had a canvas roof until the hand-rolled, hand-dipped, hand-wrought and hand-corrugated galvanised iron arrived in the colony. Shearing commenced in the shed in 1861 and it was still the Darling Downs’ largest shearing shed in 1892.

Jondaryan Station’s first woolshed was burnt down in 1849 by striking shearers who were angry that the station owners would not pay for about half the sheep that had been shorn. In 1874, 53 Jondaryan shearers became the first Australian shearers to form a union.

One thought on “Woolshed and Sheep Shearing at Jondaryan Queensland”