Two nights and two early mornings Have I sat on a small damp bench across from the bay trying to capture the moon setting over the sea. 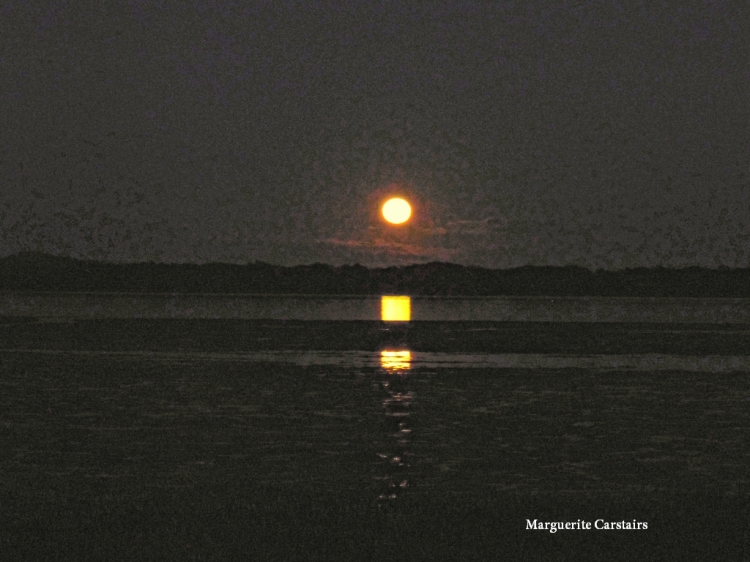 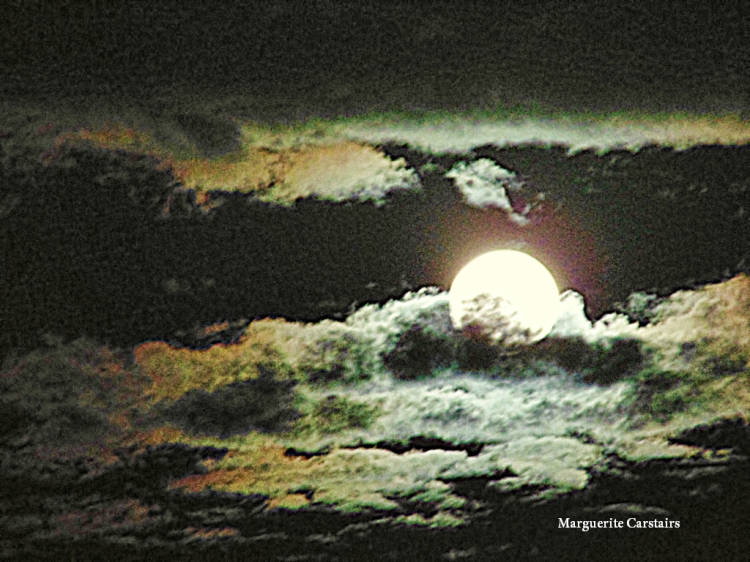 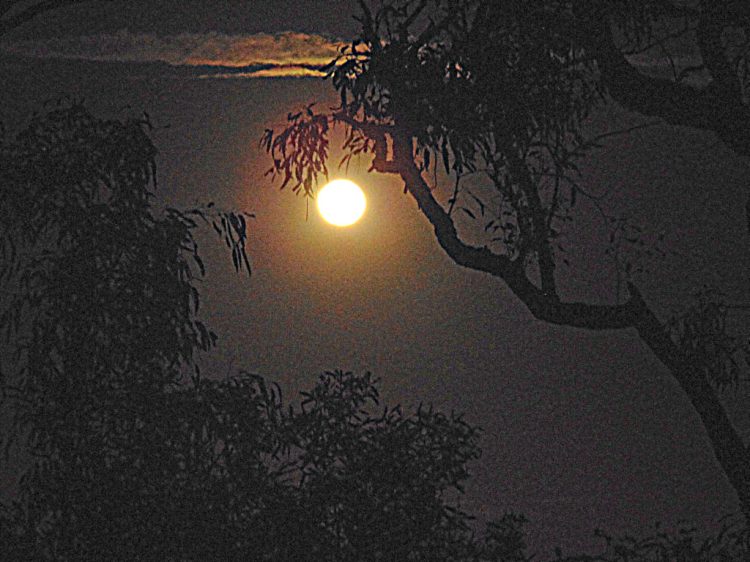 I viewed it from the verandah but it was far too bright for me to capture any detail.

Today, the 26th May, found me back on the damp bench trying again to capture the beauty of the moon setting over the sea. The moon  was not as large as yesterday and the tide was way out only showing a small strip of water. 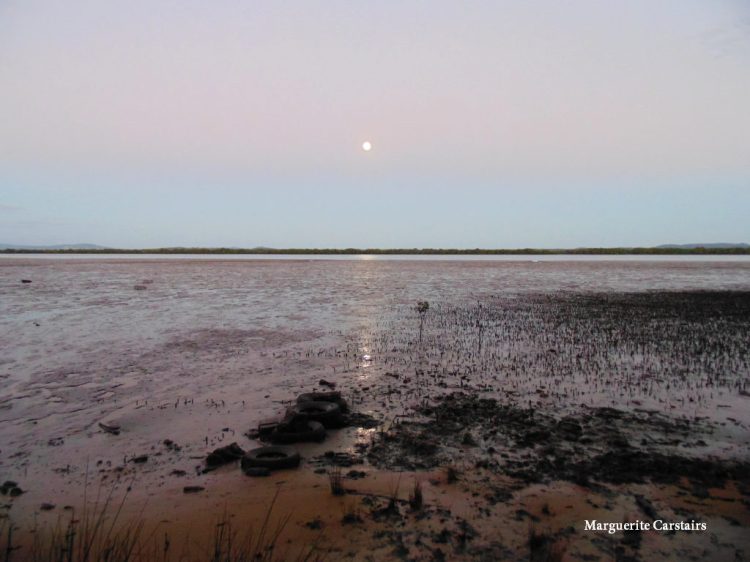 There was hardly any color in the dawn light at 6am…and the moon was not setting as fast as it was doing yesterday. 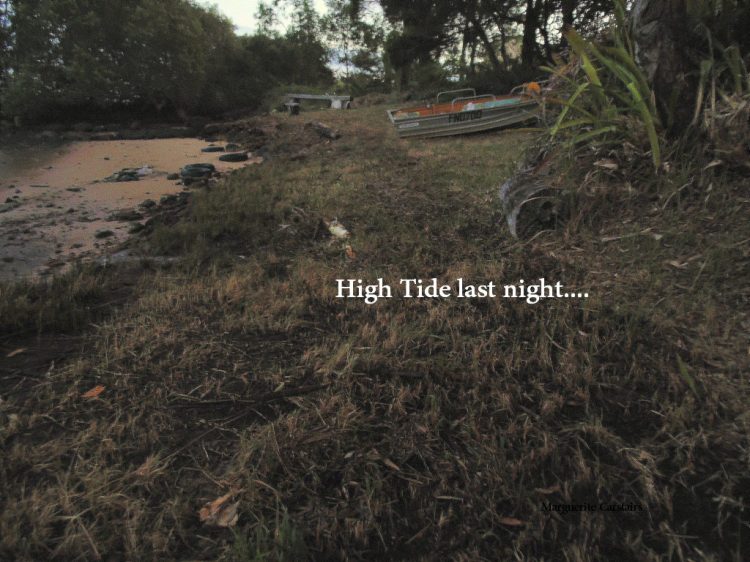 I watched the color fading and the moon was slowly disappearing into a pale haze and visibility and clarity was fast vanishing. I took the last photo and went up to see the sun starting to rise. 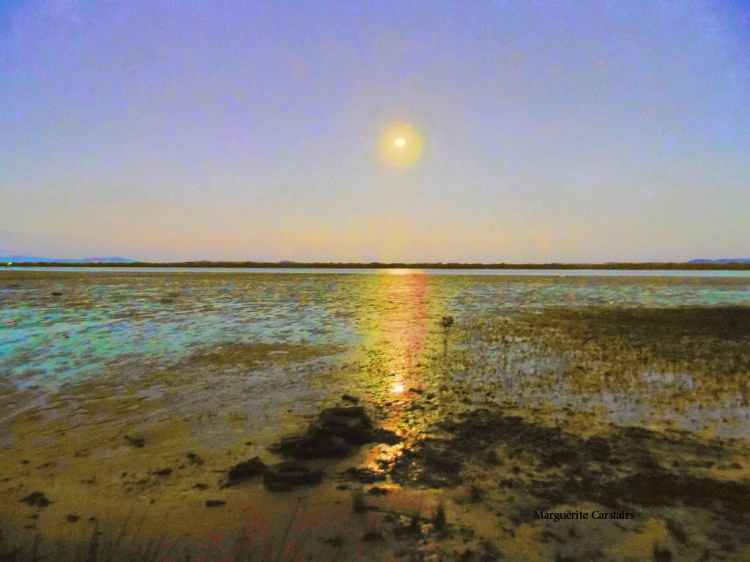