It was a beautiful day for sailing to the Whitsunday islands. We drove to Rockhampton, then Yeppoon as this is where the boats go to the islands from. It is the main ferry town for Whitsunday Holidays

We parked at Rosyln Bay where the yacht was moored.

From here it was a rubber dinghy to the yacht and then motor for a start, but as the wind picked up, it was a 4 hour slow sail to Great Keppel island where we moored for the night 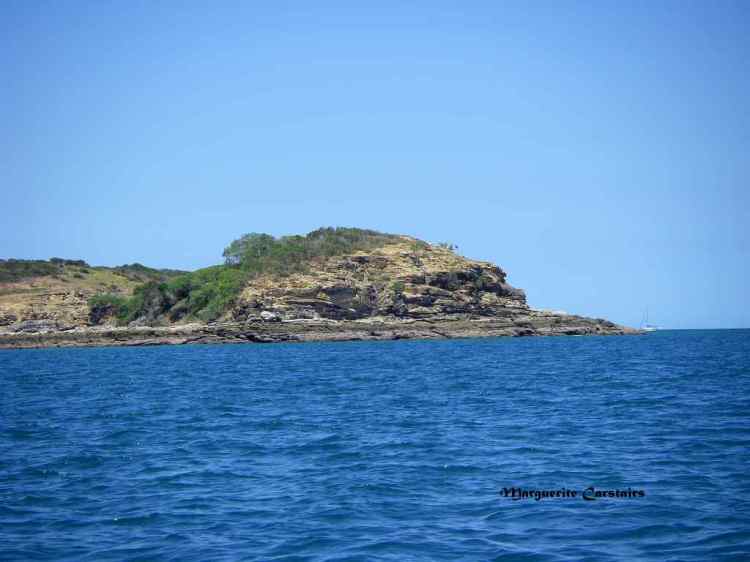 Sailing past the point on Great Keppel island 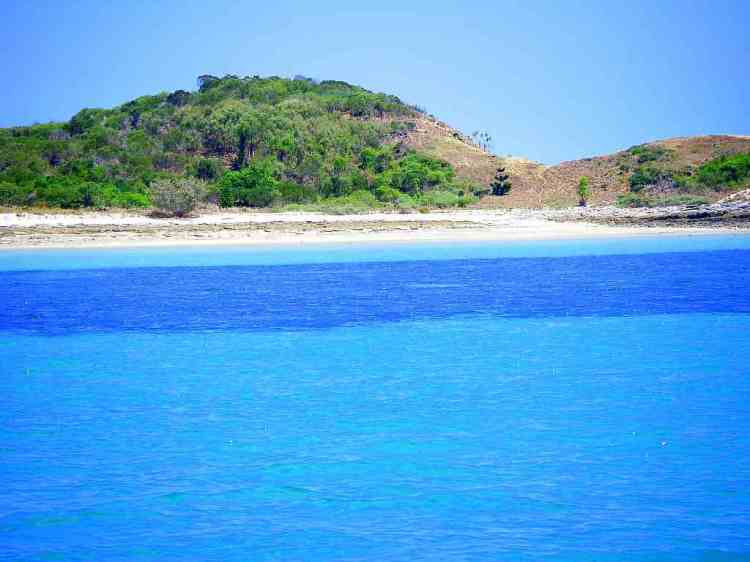 You can see the reef around the island at low tide. The waters are clear and beautiful.

There were some beautiful motor boats and catamarans moored here for the evening. Most were going fishing

Great Keppel Island (also known as Ganumi Bara[1]) lies 15 kilometres from the coast off Yeppoon along the Capricorn Coast of Central Queensland, Australia.[2] The island is the largest of the eighteen islands in the Keppel Group, and covers an area of more than 14.5 km².

The tropical climate and numerous beaches attract tourists from all points, and a number of accommodation houses cater for them including Keppel Lodge and various houses. There are 17 white sandy beaches with some of the highest cover of hard coral reefs on the Great Barrier Reef. The coral diversity of these reefs matches that of the Whitsundays with clear waters most of the year around.[3] The island is served by ferries and aircraft.

Yes, there are beautiful sandy beaches when the tide is out mostly, and these are only accessible by boat, so the tourist has the ferry and a day trip to the island and the option of camping. There in one hotel, no shops and appears totally derelict except for the rich water life which seems to be mostly  upmarket motor launches with a couple on it, or the large catamarans and motor boats for fishing. I only saw one small group of people in the water and a man spoke to me when our dinghy lost its mooring and started down towards where they were swimming. There were a few yachts with their sails up…exactly 5 of them..having a sailing race from the club…it was a very quiet island with no life.

The resort does need to be made active again or this island will die as a tourist resort.

I found the islands quite beautiful but lifeless. There were few birds and no dolphins or fish around, and when the clouds were overhead, the sea was molten iron and not the beautiful aquamarine one sees when the sun is high.

I can now say I have sailed to Great Keppel island, and around it, and back to the mainland passing the smaller islands on the way… but it was not the trip I envisaged….