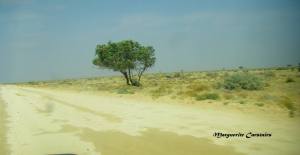 The track from Marree in South Australia to Birdsville in Queensland, is the best known and loneliest road in Australia. It was opened up in the 1860s to bring cattle from the Northern Territory, New South Wales and Queensland to the nearest railhead which at that time was Port Augusta. 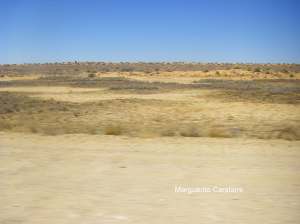 As a result of the total lack of surface water along the entire route, the South Australian government sank artesian bores at intervals of about 50 kilometres. Even so, big droughts or floods are still common. Mungerannie Station has been washed away twice, whereas Mona Downs was completely washed away in 1974, when other stations were also submerged for long periods.

The bores have made it possible for man and beast to survive the distance through some of the most arid, harsh and desolate country in Australia. Drovers with mobs of cattle of a thousand or more travelling south, and Afghan cameleers driving camel trains of up to a hundred camels north carrying station supplies, were common before the days of motor transport. Early settlers and drovers soon learned that their lives and income were ruled by floods, sandstorms and often prolonged droughts. 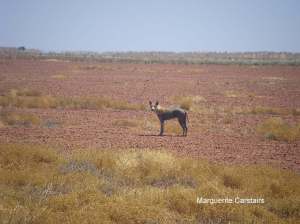 Droughts and sand storms can obliterate the track from one season to another. Weeks on end of furnace like heat have resulted in many deaths of man, sheep and cattle along the track. As late as the 1960s, a whole family died after their car broke down. 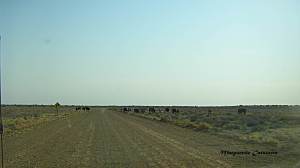 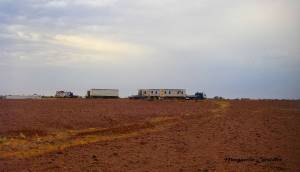 Esmond Gerald (Tom) Kruse, born at Waterloo on 28 August 1914, the son of Harry and Ida Kruse, conquered sand hills, sand and dust storms, flies and floods, swollen rivers and creeks, bugs and bogs and numerous mechanical breakdowns but delivered the mail without fail, although sometimes a little late. Between 1930 and 1960, for twenty years once a fortnight, through summer heat or rain, when Tom had the contract, never did the people along the Birdsville track go without their mail. Tom is, and was, an outback legend in his own time.

His truck, a Leyland Badger built in 1936, gave up the ghost in 1957. After being abandoned in Sturt’s Stony Desert more than 40 years ago, Tom’s Badger has been restored and driven by 85 year old Tom for the last time to its permanent home at the Birdwood Motor Museum. After this last run by Tom Kruse in October 1999, to deliver more than 7000 letters from all over the world, his truck is now housed at the Birdwood Museum. During that trip $12,000 was raised for the Royal Flying Doctor Service.