/ˈtʃɑrlɛvɪl/) is a town in south western Queensland, Australia, 758 kilometres by road west of Brisbane (the Queensland capital). It is the largest town and administrative centre of the Murweh Shire, which covers an area of 43,905 square kilometres.  Charleville is situated on the banks of the Warrego River, and is the terminus for the Warrego Highway. 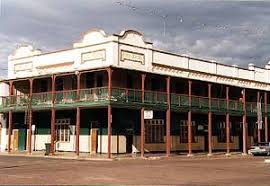 The first European exploration of the area was conducted by Edmund Kennedy in 1847. A hotel was built in 1865, and a town began to grow to service the region. It was situated near Gowrie’s Crossing, a permanent waterhole, now on the outskirts of the modern town. Gowrie Station had been established around the crossing along a natural stock route, for the grazing of sheep and cattle. The town was gazetted in 1868 with very wide streets to enable bullock teams of up to 14 pairs to turn with their wagons. It was William Alcock Tully, then government assistant surveyor, who laid out the town’s streets. An Irishman, Tully probably named the town after the town of Charleville, County Cork, Ireland. Members of the Roma based Skinner family established a store in the town in 1872 that became known as the Warrego Stores. 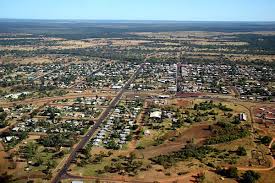 Cobb and Co, the legendary Australian stagecoach company, established a coach building business in the town in 1886, however, the railway arrived in 1888, beginning the long demise of coach transport in the area.

The Railway Station at Charleville

Proximity to the Warrego River was problematic. In April 1990, major floods hit western Queensland, with Charleville being badly affected. Floodwaters peaked at 8.54 metres, over 1,000 homes were inundated, and almost 3,000 persons evacuated. More recently, the district suffered flooding again in 1997, 2008 and March 2010. Flooding also occurred in February 2012.

The Charleville Cosmos Centre takes visitors on an astronomical journey through the ages and across various civilisations – under some of the clearest night skies in the Southern Hemisphere. The spectacular clear night skies of Outback Queensland offer some of the world’s best best sky watching conditions. Learning about the mysteries of the night skies & the Aboriginal legends of the stars, are all part of the fun at the Cosmos Centre.

In the spacious grounds and park area can be seen

Its also the Home of Transwest Tours   http://www.travelwest.com.au/contact/

Travel West provides direct contact with Graham and Deb, the same people who travel on our journeys with you, and provide advice, commentary and support. We are a fully licensed travel agent (no.1463) and member of the Travel Compensation Fund, so while your security and peace of mind is assured, you have the benefit of speaking direct with the owner and operator before and during your holiday.

There are two Caravan Parks with cottages for accommodation….and they are very friendly to talk with