Recent fires have devastated the Australian state of Victoria. About 400 blazes raged across Victoria on Feb. 7, possibly killing as many as 100 people in Marysville, according to the Associated Press. Firefighters were still working to extinguish blazes on Saturday. 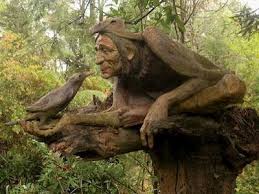 As he fled on Saturday afternoon, flames were enveloping his weatherboard studio with 200 paintings, and a hectare of rainforest containing 135 sculptures. In 13 years at Marysville, he had created an outdoor menagerie of gnomes carved from logs to terracotta featuring mermaids, jungle boys, horses, wombats and life like street children.

“It’s big devastation,” he said from a friend’s house at Alexandra yesterday. 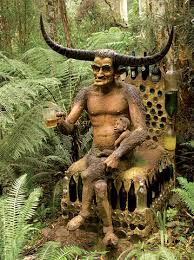 He said his decision to check on his garden, just before the inferno hit after thick smoke had descended on the town, saved his life. After some hesitation, he grabbed eight paintings, his wallet, his guitar and saxophone, and his Jack Russell dog, Itchy.

When Mr Torfs arrived at Gallipoli oval, he panicked when at first he saw no one.

Fire trucks arrived and firemen guarded about 18 townsfolk, who would huddle in the middle of the oval all night, with water hoses and trucks.

He later rushed briefly to his house to find the studio, including a grand piano, razed. Sculptures had been crushed by falling trees.

See his art on YouTtube…