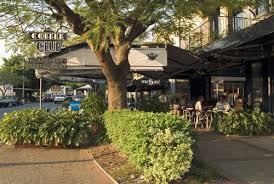 Ascot is a predominantly affluent residential suburb of Brisbane, Queensland, Australia, characterised by large Queenslander homes. Located 7 kilometres (4 mi) from Brisbane, the suburb is well catered for in terms of public transport with many bus and train services departing from Ascot railway station. Ascot is home to the Eagle Farm and Doomben racecourses, and is best known for its racing carnivals and for the precinct of Racecourse Road, with its cafes, restaurants, boutique shops and poinciana trees lining the street 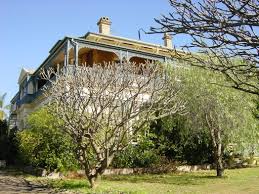 Historically, the land was occupied by the Aboriginal Turrbal group. In 1855, pastoralist James Sutherland purchased a large portion of area including Ascot and its surrounds. In 1882 a railway line was built from Eagle Junction to Ascot for access to the racecourse that had already been established.

During World War II, several buildings were used by Douglas MacArthur and the Central Bureau, which had its headquarters at “Nyrambla”, 21 Henry Street. Also used was the fire station at 77 Kitchener Road and several other locations in nearby Hamilton.

The consulate of Austria in Brisbane is located at 81 Yabba Street, Ascot.

I stayed at Hamilton..a road south from Ascot when I went to get a Medical for working in the coal mines. Whilst waiting for papers I walked up to the Ascot shopping centre marvelling at the beautiful homes and apartments on the way. It is indeed a very prosperous and beautiful suburb with many trees and shady roads lined with poinsettias.

The shops were very exclusive and upmarket and even the big stores were laid out with better produce than seen elsewhere with better prices. The cafes lining the street, he buses that went to the Cultural center in Brisbane’s South Bank, the friendly and well dressed people shopping quietly all added to the charm that was Ascot.

I am pleased I finally saw the affluent side of Brisbane…. 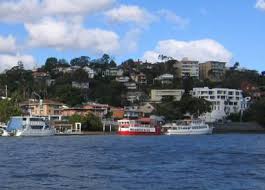